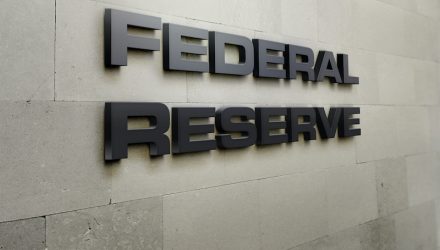 Stocks finished the day positive, and are extending gains in early post-market trade after languishing throughout the session. Part of that late day push comes despite fresh data revealing another rise in jobless claims and on growing concerns over a poor first-quarter earnings season.

But Philadelphia Federal Reserve President Patrick Harker also expressed optimism Thursday that many of the 22 million jobs lost so far during the coronavirus quarantine will return, though he said the nation shouldn’t be in a hurry or it could spell problems later.

Harker exhorted a gradual return to normalcy, reopening segments of the economy that can maintain social distancing guidelines to come back online as soon as medical advances allow. Harker sees this pandemic becoming potentially worse economically before it gets better, however.

“We’re going to hit a period where it’s going to be pretty bad. It’s pretty bad right now,” Harkin said during an interview on CNBC’s “Closing Bell.” “We will climb out of this. It’s not going to be a sudden bounceback. I mean, it just doesn’t make sense to me. There’s going to be certain industries like travel and tourism and hospitality and so forth that will take some time to recovery.”

Market participants found comfort that the worst sell-off in a decade might be over after Congress passed through a record $2.2 trillion aid package last month and the Federal Reserve implemented aggressive easing policies, as well as bond purchases, that helped equities recover some losses quickly.

“It’s a positive that precautionary measures are being extended,” Peter Cardillo, chief market economist at Spartan Capital Securities, told Reuters recently. “The market is probably somewhat relieved over that because at least we’ll be able to see, from the virus perspective, when we can reach a point of being able to get back into growth mode.”

For now, Harker sees the Fed taking a watch and wait for an approach to the situation.

“I think in terms of monetary policy we’re going to stay low until we really see the economy starting to recover back to our dual mandate” of full employment and inflation around 2%, he said. “Exactly how long that is, this really is a function of how quickly medical science and industry can put in place the tools, the testing regimes, the vaccines, etc. to keep the American public safe. The worst thing we can do in my mind is rush this, and we’re in a situation than where we could have a significant rebound of COVID-19, which would just set us back.”

He did express expediency when possible, however, noting that officials should try to jumpstart the economy “as prudentially and as quickly as possible.”