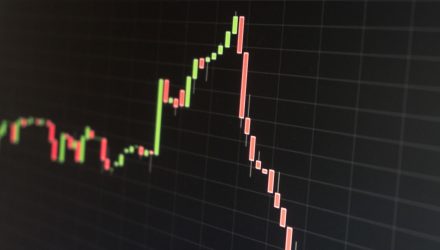 After attempting to break higher yesterday, markets reversed all gains overnight once again, as the Dow Jones Industrial Average and S&P 500 approach an official bear market amid a now pandemic coronavirus.

In what seems to be a pattern forming, stocks have attempted to rally one day, only to give back all the gains after the close and into the next trading session. The coronavirus-led sell-off achieved a fresh low on Wednesday as markets are reeling from a crude oil battle between Russia and Saudi Arabia, as well as the rapid transmission of the virus and the hampered economic growth resulting from the outbreak.

The Dow Jones Industrial Average traded lost nearly 1,400 points, or roughly 5.5%, and is now 20% below its high intraday set earlier last month. A 20% decline is considered a bear market on Wall Street. However, some investors don’t officially categorize a bear market as such until it reaches that loss on a closing-level basis. The S&P 500 and Nasdaq are both in similarly murky waters.

Many analysts are now in the camp that this is just the beginning of stock market woes.

“We can see the panic in the equity market,” said Jerry Braakman, Chief Investment Officer of First American Trust. “The big question for most people is, are we at the bottom yet? I think we’re only about halfway there.”
The World Health Organization declared the coronavirus a global pandemic on Wednesday, with the number of coronavirus cases around the world now climbing higher than 100,000, according to data from Johns Hopkins University. In the U.S. alone, more than 1,000 cases have been confirmed. This declaration, along with the mounting cases and deaths, has created a panic in markets, and the risks of a global economic slowdown are now real, with concert events, movie releases, and major conventions all being canceled or postponed.
One major concert event, the South by Southwest festival held in Austin each year since 1987, put on by SXSW LLC, has investors and the company stunned financially from the city’s decision to cancel the 2020 event over coronavirus fears, apparently putting its future in jeopardy as it scrambles to ascertain how much revenue it stands to lose. SXSW said Monday it has laid off more than 30% of its 175 year-round employees.
For more market trends, visit ETF Trends.