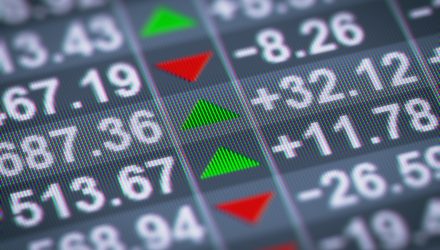 After an extended session rally higher to charter fresh recent highs, equities reversed sharply in opening trade Tuesday as a decline in tech shares overcame some of the enthusiasm around the potential reopening of some states in the U.S.

Tech giants Facebook and Google were both dragging stock down, with the two companies trading at least 1.5% lower. Amazon also fell 2.6% while Netflix gave back 3.7%, and Apple shares lost 1%.
The coronavirus pandemic has now surpassed 3 million cases worldwide and claimed the lives of more than 213,000 people, including 57,000 in the United States, which continues to have the most cases globally.

With news yesterday that New York is looking at a path to reopen the economy and there may be a partial reopening of the economy in states like Alaska, Georgia, South Carolina, Tennessee, Texas, investors drove stocks higher, as investor sentiment improved, with certain U.S. businesses set to gain from the first group of consumers emerging from shelter-in-place restrictions.

News from China that the coronavirus continues to plague the nation, and is likely to return annually to infect individuals globally has sobered markets somewhat and could be contributing to the downdraft in stocks as well.

According to Chinese experts, unlike the SARS epidemic, where those infected became seriously ill, yet once they were quarantined from others, the virus stopped disseminating, China is still finding dozens of asymptomatic cases of the coronavirus every day despite stemming its epidemic.

“This is very likely to be an epidemic that co-exists with humans for a long time, becomes seasonal and is sustained within human bodies,” said Jin Qi, director of the Institute of Pathogen Biology at China’s top medical research institute, the Chinese Academy of Medical Sciences.