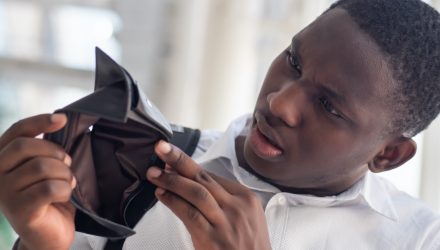 After leveraging on Wednesday’s gains in the overnight session, stocks have given back all of the gains made yesterday and are trading in negative territory and falling as of noon EST on the last day of April.

The Dow Jones Industrial Average has lost 1.57% and S&P 500 Index has given up 1.39% Thursday, while the Nasdaq Composite has dropped roughly 0.81%, as the market may have gotten ahead of itself with this rally and has reached some major technical levels as well, which could be prompting a selloff.

Stock index ETFs are also dropping, with the SPDR S&P 500 ETF Trust (SPY) off by 1.22%, while the SPDR Dow Jones Industrial Average ETF (DIA) down 1.51% and the Invesco QQQ Trust (QQQ) losing about a half a percent.

With joblessness still at historic levels and the coronavirus pandemic continuing to spread, with more than 3.2 million cases globally, including 228,000 deaths, 61,000 of which have occurred in the United States, analysts and economists are puzzled by the dramatic rally that has occurred in stocks.

The Labor Department noted that 3.84 million more Americans filed for unemployment benefits last week, bringing the six-week tally to over 30 million, while U.S. consumer spending also fell 7.5% in March on a year-over-year basis.

Continued coronavirus spreading as well as troubling technical and sentiment indicators has prompted many Wall Street experts to believe the market is moving too quickly.

“Beware of the oddity in this bear rally,” Andrew Lapthorne, global head of quantitative research at Societe Generale, said in a note Thursday. “Given the overall negative undertone from the economic challenges ahead, the dramatic reversal of global markets after the pandemic lows is more puzzling.”

From a technical standpoint, the market seems poised for a pullback again, analysts would argue. The S&P 500 has reached a key 61.8% retracement level, according to Fibonacci analysis, a gauge technical analysts use to predict inflection points. Although it pushed through the 50% level of retracement, another key resistance, it seems as of today, that the 61.8% level may be proving more of a barrier for stocks bulls.

There is an adage by Robert Arnott that says that “In investing, what is comfortable is rarely profitable,” and it seems that this rings true more than ever in 2020.