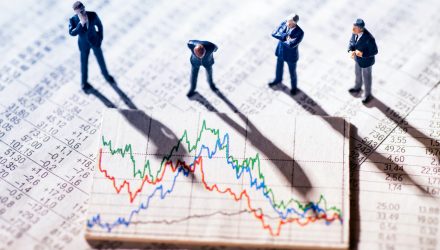 After rallying into the close of last week, stock markets are were mixed to lower on Monday, as investors are still weighing the potential issues with reopening the economy prematurely, and the market is consolidating around key resistance levels.

Yet, there has been a growing faction of investors and analysts who see the rapid rise of the March lows as a potential v-bottom formation, where markets bounce right back to all-time highs.

There’s a widely held view that the stock rally illustrates predictions the COVID-19 pandemic will have a damaging but ephemeral effect on the economy, with growth exploding later in the year once the outbreak is curtailed, the country reopens, and workers return to their jobs, stemming the rampant unemployment numbers.

Now, however, one prominent Wall Street analyst is saying that investors are seeing the stock market’s sharp ascension from the March 23 lows incorrectly. Investors have the rally wrong, according to Tony Dwyer, chief market strategist at Canaccord Genuity, in a Monday note.

“In our view, it hasn’t spiked on the anticipation of a strong economic rebound, but has ramped based on the coronavirus impact and a probable abnormal economic recovery,” he wrote.
So what makes this rally unusual according to Dwyer?
It’s “abnormal” because the sectors that are typically in charge when the stock indexes bounce back from a recession-induced downturn just are not participating as they should. Instead, of strong moves coming from sectors like financials and cyclicals, which often match the ups and downs of the economy like industrials and consumer discretionary stocks, market moves are spearheaded largely by big tech stocks and pharmaceuticals.
This analysis is evident in the sharp rise in the Invesco QQQ Trust (QQQ), which tracks the Nasdaq Composite. As the coronavirus pandemic has wreaked havoc on the economy, the QQQ has led all other indices off the March lows.
What is interesting, however, is that most of these stocks in the QQQ have rallied strongly in market value in prior years as well, stocks like Apple and Google. They are regularly referred to as market leaders in their respective domains. Most of these companies have even benefited from the COVID-19 lockdown crisis, as consumers are quarantined at home and therefore more involved in tech from both an occupational and social standpoint.

However, Dwyer said he would characterize the market’s “extraordinary move” since the March 23 low and the Federal Reserve’s April 9 plan to insert an additional $2.3 trillion into the economy as “economically defensive,” driven by “those mega-cap growth stocks that benefit from a longer stay and work-from-home economy, or the health care sector involved with the COVID-19 response.”

In addition, the KBW Bank Sector Stock Index, tracked by the Invesco KBW Bank ETF (KBWB) and the S&P 500 industrial sector remain, tracked by the Industrial Select Sector SPDR Fund (XLI)  are flat to declining since the Fed’s April 9 announcement, Dwyer explained. Further evidence that the rally has come amid expectations for a weak recovery is shown by a lack of improvement in the credit markets, Dwyer argued.

“At this point, if the market was anticipating a ‘V’ recovery, credit would be outpacing stocks, but the opposite is true thus far,” he said.