You are at:Home»Featured»Stock Market Contrarians See Danger Ahead 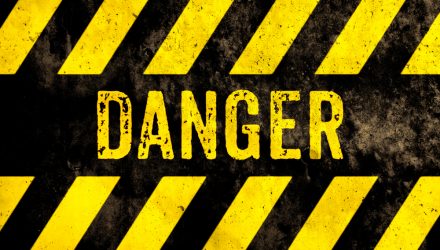 As the stock market continues to quietly grind higher, a handful of contrarians have expressed concerns that equities are becoming too speculative due to a number of factors. Investment manager Jim Chanos is one such short-seller, who recently admonished retail investors who are late to the party that they may be stuck when the market tide turns.

With millions of people home from work due to pandemic restrictions and changes in the way business is conducted over the last year and a half, the unprecedented rally from the pandemic lows has sparked the attention of an historic number of new retail investors, looking to cash in on the stock market.

While some of these investors are participating in more traditional and grounded companies, many of them have been attracted to the most volatile and riskiest areas of the market, hoping for enormous short-term returns. Spurred on by Reddit-room fodder to speculate in shares of companies with struggling businesses like AMC and GameStop, these late-to-the-party entrants believe they know more than the professionals, and are willing to put their money on the line to prove it.

“The problem with getting more people, retail, involved is that it always seems to happen toward the end of every cycle. Retail wasn’t there at ’09 at the bottom. They weren’t there in ’02 after the dot-com bubble collapsed. They were certainly there at ’99,” said Chanos, the president and founder of Kynikos Associates, on Tuesday during CNBC’s “Squawk Box.” “So the problem in the last few cycles as I see it is that we get promotors and insiders and people who have done very well cashing out as retail is buying.”

Another factor that could affect stock market stability is that a deluge of companies entered the public markets to raise capital this year to capitalize on lofty prices and eager retail trader appetites. While the IPO market has been in full-swing, now SPACs, or special purpose acquisition companies, which are essentially corporate containers formed to bring an anonymous company public, have witnessed historic growth as investors join the party, anticipating monstrous returns.

SPACs have been a fixture for years, but were typically viewed as a “last resort” for private companies with limited options for going public.

Today, however, SPACs are rapidly growing in popularity, raising around $26 billion in January this year in the United States, nearly a third of the record $83 billion collected by 248 SPACs over the whole of 2020.

Chanos is not the only one to suggest SPACS are a problem.

“SPACs are oven-ready deals you should leave on the shelf” warned a Financial Times headline in December. SEC Chairman Jay Clayton has signaled similar reservations. The SEC was closely monitoring SPACs, he said in September, in an attempt to ensure SPAC shareholders “are getting the same rigorous disclosure that you get in connection with bringing an IPO to market.”

“Wall Street also has a printing press in addition to the Fed. If you get prices high enough, you are going to see lots and lots of equity issuance not only from companies that can put it to good use, but from all kinds of questionable business plans and outright scam,” explained Chanos. “That’s sort of where we are now. We are getting into money being raised for all kinds of things that probably aren’t at the end of the day going to be productive but might line up pockets of the promotors doing it.”

ETF investors concerned about lofty stock prices, and who are looking for future downside could consider inverse ETFs. When stocks fell in July, the ProShares Short S&P 500 (SH) gained almost 1.75% on one Monday, while the other major indexes plummeted. Another highly leveraged ETF, the Direxion Daily S&P 500 Bear 3X Shares (SPXS) rallied 5.58% that same day, catalyzed by its triple leverage.

It is worthwhile to remember that these strategies can be significantly more risky than other more traditional ETF plays, and that investors should carefully monitor their positions on a daily basis.

Going with the trend is often the safer bet for most investors however, as Chanos, a longtime Tesla contrarian, lost significant funds last year when the electric car company exploded more than 700%, forcing him to close out his short position earlier this year.

In addition to SPACS and speculative stock plays, Chanos also noted the wild ride in cryptocurrencies and other digital coins this year.

“When we start speculating in various different cryptos, questionable coins, the sixth SPAC that some guy puts out, the 48th different electric vehicle charging company going public, that’s when things start to get dicey in my opinion,” Chanos said. “We are well into that part of the cycle. I just think the last group of retail coming in are going to probably learn their hard lesson.”

While there are a number of contrarians who have expressed stock valuation and speculation concerns, Chanos is a noted short seller on Wall Street with a long history of identifying fraud. He made a fortune betting against energy trading company Enron in 2000 after uncovering deceptive accounting practices.

Chanos also had a recent short bet against Chinese coffee chain Luckin, which proved highly successful, as it was discovered that the company’s chief operating officer fabricated sales.