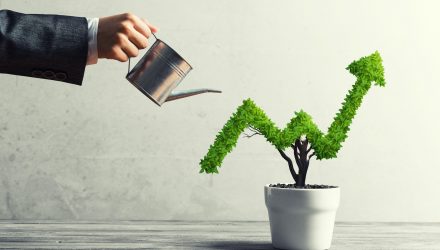 After making several strong moves higher over the last few days, markets are trimming some of those gains today, as investors likely take profits after the rapid ascension.

The Dow Jones Industrial Average and S&P 500 are both slipping lower on Tuesday for the first time this month as traders took profits out of names benefiting from the economy reopening. The S&P 500 reached positive territory for the year on Monday, and is giving back some of those gains today.

“Today’s all about giving back some of the sharp gains we’ve seen in those value names,” said Keith Buchanan, portfolio manager at GLOBALT. Buchanan several factors — including last week’s record-setting jobs report — are signaling a much quicker-than-expected turnaround following and have boosted beaten-down stocks such as airlines and cruise lines. “The upcoming economic data is going to be even more important. To confirm that payrolls number is critical.”

With much of the country enthusiastic over the economy reopening, investors have urged the stock market higher, even as the number of coronavirus cases continues to grow, comforted by massive Fed stimulus and encouraging unemployment data from last week.

Bulls look to ameliorating economic signals for the most recent rallies, including the government’s jobs report last week, which easily beat expectations, surpassing traders and investors and sending markets surging Friday. The Labor Department said Friday the economy added 2.5 million jobs in May, a record, while economists polled by Dow Jones had forecast a decline to the tune of over 8 million.

“Recent data points like the jobs report and not-as-bad-as-feared company updates have fueled the view that the worst of the declines could be behind us,” a team of RBC Capital Markets analysts told clients Monday. “The risk-on trade really is gaining traction. Valuations have spiked to historical highs in many industrial sub-sectors, signaling a strong recovery is potentially taking hold.”

Today’s trade action is all about technology however, as Amazon and Apple gained 2.1% and 1.8%, respectively, to hit all-time highs, after the latter reached new all-time highs recently. Facebook added 3.1% and Netflix gained 2.7%. Alphabet’s Google also climbed 1%. This has pushed the Technology Select Sector SPDR Fund (XLK) up 0.55% Tuesday. The rest of the market is largely red as of 115pm EST.

Despite the recent boost, however, analysts are still cautious that stocks may face headwinds from the coronavirus pandemic going forward.

“What gives us caution is the duration of Covid-19 remains unknown,” said Sandven. “We don’t have treatments, we don’t have prevention and we’re a little bit at the mercy of how fast the virus spreads.”