You are at:Home»Featured»Stock Index ETFs Stumble After 3-Day Rally 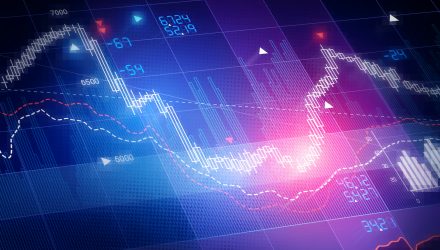 After a three-day rally out of correction territory, stocks and index ETFs dropped on Tuesday as investors contemplated whether this rebound will continue to have legs.

Fear that the coronavirus will continue to spread, especially as an increasing number of students are headed back to school catalyzed declines in airlines such as JetBlue, American Airlines and United, which all lost over 3%. Meanwhile, Delta and Southwest declined 2.5% and 2.4%, respectively, helping to drive the U.S. Global Jets ETF (JETS) to a 2.66% loss on the day.

Although the Dow, S&P 500 and Nasdaq Composite rallied more than 1% each on Monday, the benchmark stock indexes tumbled after New York City announced that its daily positive rate of coronavirus tests has climbed above 3% for the first time in months.

“We’re not out of the woods year in terms of the coronavirus,” said Peter Cardillo, chief market economist at Spartan Capital Securities. He also noted some investors are taking profits after the market’s solid gains over the previous three sessions.

In what has been a challenging month for traders and investors, September has witnessed the major averages target their first monthly decline since March, as the S&P 500 has fallen 4.6% and the Dow has relinquished 3.4%. The Nasdaq tumbled 5.9% meanwhile, over that time period, with tech shares finally caving.

“I think we’re in a sideways period. It’s just we’re going to do it like we’re on a trampoline,” explained David Waddell, CEO of wealth strategist firm Waddell & Associates. Waddell feels the market needs time to build momentum if it is going to head higher once again. The strategist also said his clients were still sitting in cash, waiting to deploy their assets, and suggesting potential support for the market.

The first presidential debate is also today, giving investors another reason to remain leery when it comes to trading, whether or not that has a direct effect on the market.

“Lastly, the first presidential debate is tonight and it should be very entertaining with lots of fireworks and gotchas,” wrote Paul Schatz, president of Heritage Capital in a recent blog post.

Nevertheless, Schatz said he believes there’s a low probability that the debate dictates what markets do afterwards. “I don’t care what the market does tomorrow; it won’t be because of the debate, regardless of what the pundits and media say,” he said.