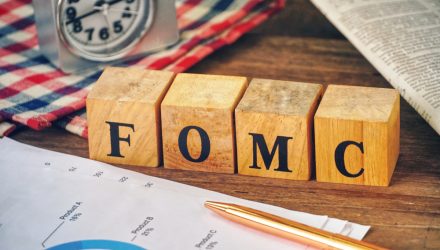 The Dow Jones Industrial Average slipped from its recent highs on Tuesday by about 0.4%, while the S&P 500 added 0.1% to notch a new intraday high, before selling off somewhat. Meanwhile, the Nasdaq Composite led the three key benchmarks, climbing just more than 1%, led by major tech players like Microsoft, Apple, Alphabet, and Facebook.

“These are highly profitable businesses with excellent balance sheets,” said Angelo Kourkafas, an investment strategy analyst at Edward Jones. “They could be relative underperformers, but I have hard time, based on the valuations they’re trading at, imagining that they could have a severe or sustained pullback.”

Although the three benchmarks are notching new records, there’s mounting fear amongst investors that interest rates may continue to ascend, damaging the comeback play for equities as vaccines continue to rollout. Investors are eagerly awaiting guidance from the Federal Reserve and Chairman Powell on rates and inflation on Wednesday, as the central bank begins its two-day meeting today.

The 10-year Treasury yield was essentially unchanged, after the interest rate reached its highest level in over a year on Friday above 1.63%. Investors have been rotating out of growth stocks, as the companies’ future cash flows are less appealing under such rate increases.

“The distribution of COVID-19 vaccines is bringing us closer to a fully reopened economy and is likely the most important factor in assessing economic growth prospects for 2021,” noted strategists at LPL Financial. “We expect interest rates to fade as a threat to markets,” the firm added.

Investors also received new data Tuesday that revealed that February retail sales dropped more than expected, off 3%. However, January’s retail sales figures were revised upward to a 7.6% climb from a 5.3% increase. All in all, markets were not significantly moved by the new data.

“After a roughly 14-year outperformance cycle, growth’s dominance relative to value peaked in the fall of 2020,” said Keith Lerner, chief market strategist at Truist. “We still see more upside in value relative to growth over the next 12 months given value’s dramatic longer-term underperformance as well as the U.S. economy being on the cusp of the best growth in more than 35 years.”