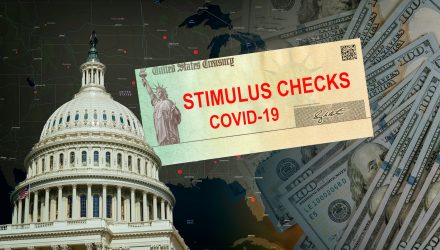 While the Nasdaq Composite lost 0.4%, the other two benchmarks are attempting to hold breakeven levels on Thursday. The Dow Jones Industrial Average bounced back from its earlier 170 point fall, to trade off just slightly as of noon ET. Meanwhile, the S&P 500 traded lower as well, but has since recovered essentially breakeven levels.

Stock futures tumbled into Wednesday’s close and overnight, amid news from U.S. officials that Iran is attempting to interfere in the U.S. presidential election, and Russia has obtained American voter information. The announcement prompted both conspiracy theories and concerns on Wall Street, as the Dow Jones Industrial Average dropped 0.4%, reversing a gain of more than 100 points earlier in the day.

House Speaker Nancy Pelosi said Thursday that a deal on additional coronavirus assistance  was “just about there.” She also offered investors confidence by stating, “If we were not making progress, I wouldn’t spend five seconds in these conversations. … This is not anything other than I think a serious attempt. I do believe that both sides want to reach an agreement.”

Nevertheless, Pelosi acknowledged that both sides have yet to achieve an agreement on certain key issues, such as state and local funding, and warned that it may some time for lawmakers to actually complete legislation.

Stocks have been unable to breach September highs, and have continued to drift lower amid concerns that a bill is unlikely to be signed before the Nov. 3 election. President Donald Trump even tweeted on Wednesday: “Just don’t see any way Nancy Pelosi and Cryin’ Chuck Schumer will be willing to do what is right for our great American workers, or our wonderful USA itself, on Stimulus.”

Analysts are concerned about the market’s prospects for growth as well, given that fiscal support fails to materialize.

“With no clear end to the pandemic in sight, the economy needs additional fiscal support that will last for several months,” Prajakta Bhide, a strategist at MRB Partners, said in a note. “The passing of a sizeable additional fiscal stimulus by the beginning of next year, and better control over the COVID-19 pandemic next year via the timely approval of a medical solution will be essential to ensure continued economic growth next year.”