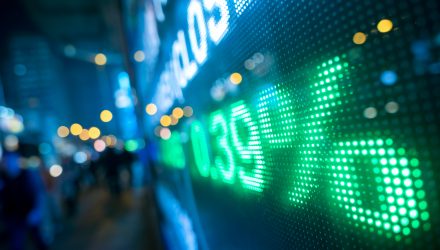 Stocks and index ETFs recovered some of their losses from Tuesday’s session on Wednesday, as investors keyed in on robust earnings releases and enthusiasm for an economic recovery.

The Dow Jones Industrial average climbed 0.35%, while the S&P 500 gained as much as 0.5%, making up some of the worst losses posted on Tuesday. The Nasdaq Composite, which was the worst hit in the previous session, added as much as 0.6%, before paring some of those gains.

While stocks like General Motors and Activision Blizzard added over 3% apiece in early trading after earnings smashed expectations, analysts are still cautious that stocks may be ready for a pullback.

“I think to some extent the market is now taking a bit of a pause thinking that some of the best news may be behind us at this point on stocks, including the growth stocks, especially as we look to more reopenings,” said Rob Haworth, U.S. Bank Wealth Management senior investment strategist. “I think it’s two-fold: One, a great earnings season that people wonder if it will be repeated, and two, looking more to that reopening story.”

Other analysts are expressing concerns that high valuations could cause a spike in volatility as well.

“I do think there’s a potential for a short-term bounce in volatility due to those excessive valuations and all of the uncertainty that currently stands with respect to the infrastructure spending bill, ultimately how it’s going to be funded, and certain taxation policies,” Kevin Mahn, chief investment officer at Hennion and Walsh Investment Management, told Yahoo! Finance.

“But, beyond the short-term bouts of volatility, there is continued reason for optimism, whether it’s consumer confidence, whether it’s the strength in earnings, recognizing that thus far we have an 86% beat rate for the companies that have reported,” he added. “So there are reasons for optimism, but we would recommend that investors also consider adding diversification to their portfolios to help withstand those short-term bouts of volatility.”

Stocks fell on Tuesday as investors fled technology and growth stocks, to drive the Nasdaq Composite down 1.9%, although it was down more than 2.6% at one point during the day.

“With the S&P 500 around 1% away from record highs, plenty of good news is priced into the market, so stocks look potentially vulnerable to disappointments,” UBS strategists said in a note.

According to financial pundits, some reasons for the sell-off include fears about climbing inflation and interest rates, worries that the Federal Reserve may have to taper monetary stimulus before it has suggested, and the potential for tax hikes in the coming months.