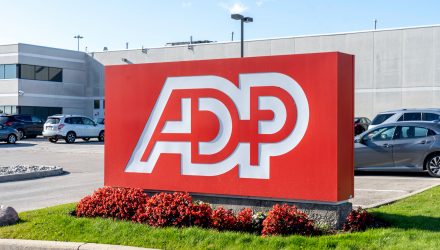 Despite a persistent spike in the number of coronavirus cases, stocks and index ETFs are starting off the quarter higher thanks to positive ADP data, as businesses in June continued to hire workers back from their Covid-19 pandemic furlough amid the economic reopening of the United States.

The Dow Jones Industrial Average has rallied slightly amid the news, up 0.21%, while the S&P 500 gained 0.63% and the Nasdaq Composite climbed 85%. Stocks finished the quarter strong on Tuesday with a healthy run-up into the close before pulling back in the extended trading session and overnight futures markets.

Private payrolls increased by 2.369 million for the month, a shortfall from the 2.5 million projected by economists surveyed by Dow Jones, according to a report released Wednesday from ADP and Moody’s Analytics.

The total payroll showed a decline from the previous month, which witnessed a spike in the revision to 3.065 million. ADP initially said May saw a drop of 2.76 million, but just days later the Labor Department reported a gain of 2.5 million for May, a marked improvement from the Wall Street estimate of an 8 million loss.

“There is no information in that revision. It is simply the result of the fact that our objective here is to predict the [Bureau of Labor Statistics] number with the ADP data and to do that as accurately as possible,” said Mark Zandi, chief economist at Moody’s Analytics. “You can’t glean from that that something positive is happening in the labor market.”

Zandi nevertheless added that “it looks like an economic recovery began in June.”

Hiring for the month showed particular strength in the pivotal leisure and hospitality industry, which suffered dramatically as measures aimed at stemming the coronavirus outbreak shuttered most bars and restaurants across the country. The sector added 961,000.

“Small business hiring picked up in the month of June,” said Ahu Yildirmaz, vice president and co-head of the ADP Research Institute. “As the economy slowly continues to recover, we are seeing a significant rebound in industries that once experienced the greatest job losses.”

With homebuilder ETFs like the Direxion Daily Homebuilders & Supplies Bull 3X Shares (NAIL) heating up recently, the construction industry, which was hurt by the pandemic downturn, added 394,000 and manufacturing climbed by 88,000.

The ADP tally arrives the day before the Labor Department releases its official nonfarm payrolls count for June., where economists are predicting a gain of 2.9 million after May’s pop. Markets are also awaiting the FOMC minutes release later this afternoon as well.