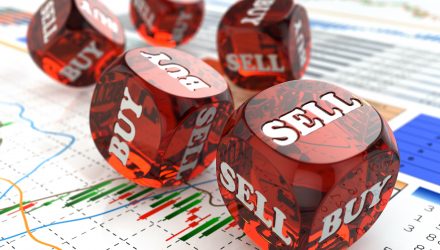 In a wild week, the stock market experienced a dramatic turnaround following a press conference where President Trump explained he will adjust relations with Hong Kong while maintaining the trade agreement with China.

After selling off from fresh recent highs Thursday, and continuing those losses into Friday, stocks roared back to end the month on a high note.

The S&P 500 rose slightly on Friday, erasing losses earlier in the session, as traders breathed a sigh of relief after President Donald Trump signaled no changes to the trade deal with China despite rising tensions.

During a highly anticipated news conference, President Trump said he plans to cut special treatment towards Hong Kong. However, he did not indicate the U.S. would back out of the phase one trade agreement reached with China earlier this year, which presumably helped to spike the market.

“Basically the items he could have talked about he chose not to talk about, but it’s not an endpoint,” said Julian Emanuel, chief equity and derivatives strategist at BTIG. “It’s a continuation on the way to more tensions.”

The news conference comes after China approved a national security bill for Hong Kong that experts warn could endanger the city’s “one country, two systems” principle. That principle allows for additional freedoms that mainland China residents don’t have.

China and the U.S. have been at odds recently as Trump has disapproved of the Chinese government’s response to the coronavirus pandemic, while U.S. lawmakers are displeased with China increasing its pressure on Hong Kong.

White House economic advisor Larry Kudlow explained Friday Hong Kong citizens are “furious,” adding: “the U.S. government is … I’ll use the word furious at what China has done in recent days, weeks, and months. They have not behaved well and they have lost the trust, I think, of the whole Western world.”