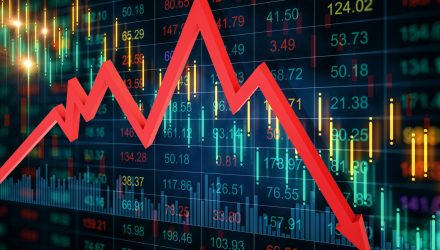 Stock ETFs Continue To Bleed Out After Holiday Weekend

After tanking in the extended trading session on Monday evening following the Labor Day holiday, stocks and index ETFs are continuing to plummet to begin the week, with technology stocks diving after commencing their most brutal decline in over five months last week.

After forging new highs last week and sharply reversing, all three major stock indexes are diving on Tuesday. The Nasdaq Composite sank 3.1%, while the Dow Jones Industrial Average tumbled 1.6%, and the S&P 500 plunged 2.3%.

On Friday, stocks severed more than a month-long winning streak after a big reversal in major technology stocks. Severe losses in key tech players like Amazon, Apple, Microsoft, and Facebook, which have led the market higher this year, drove the Nasdaq Composite to its worst week since March 20, while the Dow posted its largest weekly losses since summer began.

With so many market segments bathed in red on Tuesday, analysts are claiming the weakness is coming from concerns that the explosive tech run-up drove valuations to unsustainable levels since even with last week’s pullback, the Nasdaq is still over 70% off its March bottom.

“Given how extreme many of the indicators we follow had become by early this past week, we believe it will take more than just a mild decline to work off those conditions,” Matt Maley, chief market strategist at Miller Tabak, said in a note on Sunday. “Therefore we still believe a correction of more than 10% is probable.”

Maley noted the extreme overbought conditions in some of the mega-cap tech names in addition to climbing valuations for the S&P 500.

Stocks were also troubled by geopolitical developments Tuesday. China charged the U.S. with “bullying” as it headed up a global data security initiative on Tuesday, following ongoing U.S. efforts to pressure China’s biggest tech firms and sway countries around the world to block them.