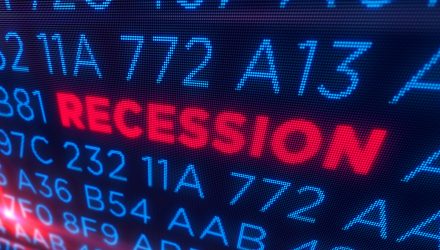 While it has been referred to as such for many months already, according to the National Bureau of Economic Research, the most dramatic U.S. downturn since the Great Depression is now officially deemed a recession.

Though it seemed inevitable, the NBER, the official adjudicator of recessions, noted that the economic downturn was clearly a recession on Monday, as the nation now struggles to recover from the coronavirus pandemic, with the S&P 500 is already nearly breakeven on the year.

“The committee recognizes that the pandemic and the public health response have resulted in a downturn with different characteristics and dynamics than prior recessions,” the NBER’s Business Cycle Dating Committee said in a statement. “Nonetheless, it concluded that the unprecedented magnitude of the decline in employment and production, and its broad reach across the entire economy, warrants the designation of this episode as a recession, even if it turns out to be briefer than earlier contractions.”

While many investors and analysts observed it in realtime, in making the declaration, the committee found that a “clear peak in monthly economic activity” happened in February. The peak in quarterly activity occurred in Q4 of 2019.

A recession had been generally recognized as two consecutive quarters of economic decline, as reflected by GDP in conjunction with monthly indicators such as a climb in unemployment, which we clearly saw approaching Depression-era levels in this pandemic-spurred recession.

U.S. GDP sank 5% in the first quarter and is likely to notch the worst decline in history for the second quarter, as much as 50% or more.

The recession culminates the largest expansion in U.S. history, which the NBER dated as lasting 128 months, or nearly 11 years, cut short abruptly by the coronavirus pandemic, and subsequent economic fallout, which shuttered stores and businesses for months in an attempt to curb the transmission of the virus.

With stock market action often predicting the future of economies, many economists now feel the contraction will finish in the second quarter, putting an end to the recession as well. Goldman Sachs chief economist Jan Hatzius said that while this is “almost certainly the deepest recession since” the war, “it is almost certainly also the shortest recession.” Hatzius pointed out, no recession has lasted less than six months, dating back to the mid-1800s.