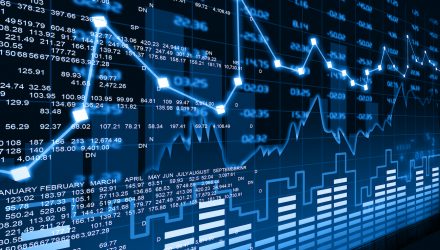 Tech stocks are recovering from a precipitous drop in the prior session, after Treasury yields stabilized and an important inflation gauge showed more muted price pressures.

After considerable volatility, the Nasdaq Composite popped 1.7% Friday, aided by moves in Apple, Facebook, and Microsoft of over 2%. Meanwhile, the S&P 500 climbed 0.6% in early trade, after sizable losses in the prior day and overnight, while the Dow Jones Industrial Average continued to slide, down 0.6%.

The market may have gained some traction as investors interpreted the new reading of the personal consumption expenditures price index to mean that inflation was less intense in January. The PCE index, which the Federal Reserve monitors closely, climbed 0.3% for the month, up just 1.5% year- over-year, in line with Dow Jones estimates.

Investors and traders have been focused on Treasury yields, which at first declined after the inflation data release, but later bounced off the lows. The 10-year yield last traded near 1.5% after surging above 1.6% at one point on Thursday. The 10-year rate is up more than half a percent since the start of 2021, something that has caused consternation in mortgage and auto-lending industries, and has driven the Nasdaq to its worst session since October.

“If the market begins to believe that the Fed has somehow lost control of where the bond market is going, all that idea of a taper tantrum will show up,” Art Cashin, director of floor operations at UBS, said Friday on CNBC’s “Squawk on the Street.”

On Thursday the pop in the 10-year yield placed it above the S&P 500′s dividend yield, making equities less attractive.

“Until recently, market participants have been able to digest the upward drift in long-term rates, but it appears that the next leg up in interest rates is a bigger bite to chew,” Charlie Ripley, senior investment strategist for Allianz Investment Management, said in an email.

“Looking at where real yields were at, they were simply too low when considering growth expectations, and it’s likely that long-term real yields will continue to drift higher as economic data improves,” he added.

Investors are shuffling into energy, catalyzing a rise in the United States Oil Fund (USO).