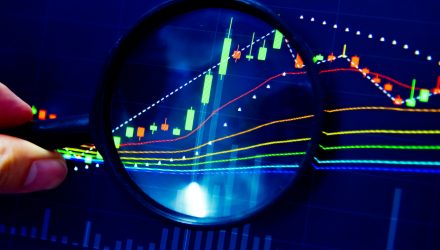 Stocks and index ETFs largely rallied on Wednesday, after undergoing losses from the previous session, as investors wagered on the stocks that benefit from the economy bouncing back, while exercising more caution with tech stocks.

The Dow Jones Industrial Average added as much as 330 points before pulling back to a 0.87% gain. The S&P 500 rallied as much as 0.7%, aided by energy and industrials, while the Nasdaq Composite traded up 0.1% before losing almost 0.5% to trade in the red.

Major stock ETFs are mixed on Wednesday as well. The SPDR Dow Jones Industrial Average ETF (DIA) and SPDR S&P 500 ETF Trust (SPY) are both gaining slightly while the Invesco QQQ Trust (QQQ) is down on the day as of noon EST.

“The bull case for equities is persuasive in a recovering economy,” Oliver Brennan, head of research at TS Lombard, said in a note. “Earnings expectations have caught up with the pre-crisis level; risk here remains to the upside.”

On Wednesday, Federal Reserve Chairman Jerome Powell and Treasury Secretary Janet Yellen took part in a second day of virtual Capitol Hill testimony, where Powell stated he anticipates the economy will blossom in 2021 amid a recovery from the pandemic, ushering in fresh selling in stocks.

“There’s going to be a very, very strong year in the most likely case,” Powell said. “There are of course risks to the upside and downside, but it should be a very strong year from a growth standpoint…Longer run we do have to raise revenue to support permanent spending that we want to do.”

The market suffered a broad sell-off on Tuesday following Powell’s comments, amid renewed fears about the growing number of coronavirus infections in the U.S. and abroad.

Tom Lee of Fundstrat Global Advisors said that his clients have been concerned about climbing coronavirus infections in Europe, but does not believe those fears contributed heavily to Tuesday’s losses, which Fundstrat feels were more due to end-of-quarter portfolio rebalancing and superstitious investors taking profits one year after the market’s lows. He made an analogy to post-war periods in stock history.

While lockdowns and more stringent measures have increased in places like Europe, the vaccination rollout continues, with declining coronavirus case rates in states like California, where Disneyland is set to open next month.