You are at:Home»Investing»Sportswear Giants On Opposite Social Media Poles Right Now 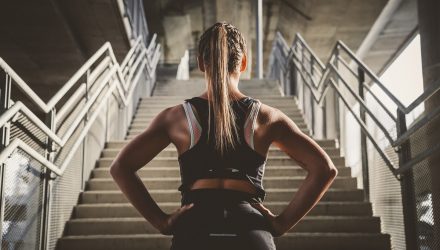 While Nike was down less than half a percent this morning after the shoe giant opted to pull a U.S.A.-themed sneaker featuring an early American flag, following advice from NFL star-turned-activist Colin Kaepernick, who admonished the company not to sell a shoe with a symbol that he and others consider offensive, Adidas is coming under fire for a social media campaign which carelessly resulted the sportswear giant tweeting out racist, anti-Semitic and abusive terms to hundreds of thousands of followers.

Nike created the Air Max 1 USA in celebration of the July Fourth holiday, and it was scheduled to go on sale this week. The heel of the shoe featured a U.S. flag with 13 white stars in a circle, a design created during the American Revolution and commonly referred to as the Betsy Ross flag, which Kaepernick believes is offensive due to its connection to slavery.

Meanwhile, rival Adidas ran a campaign on Monday aimed at promoting its new Arsenal shirt, which generated personalized images of the new merchandise bearing the Twitter usernames of people who liked a promotional tweet.

Unfortunately the stunt was intercepted by several users who changed their Twitter (TWTR) handles to include objectionable terms. That in turn prompted Adidas’ UK account to send out images of the shirt which had abusive phrases including the n-word as well as references to the Holocaust, emblazoned on it.

The repugnant tweets have since been removed and an Adidas spokesperson told CNN: “As part of our partnership launch with Arsenal we have been made aware of the abuse of a Twitter personalization mechanic created to allow excited fans to get their name on the back of the new jersey. Due to a small minority creating offensive versions of this we have immediately turned off the functionality and the Twitter team will be investigating.”
The incident however generates concerns regarding why Twitter users were able to create racist and anti-Semitic handles in the first place, some of which appeared to use subtle misspellings in order to avoid detection.
Adidas stock, like Nike’s has had a stellar year, with the prices of each stock trading relatively unchanged, depite the incidents.
Investors who are looking to invest in the two sportwear companies can look at ETFs such as the  iShares U.S. Consumer Goods ETF (IYK), the Global X Health & Wellness Thematic ETF (BFIT), or the Fidelity MSCI Consumer Discretionary Index ETF (FDIS)
For more investing trends, visit ETFtrends.com.