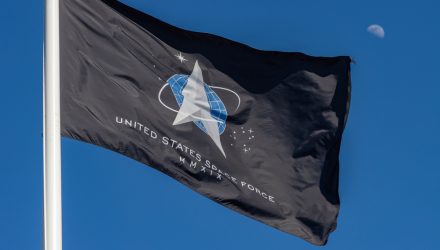 Space Force Blasting Into Orbit in a Boost for Space Industry

The Department of Defense’s Space Force has announced the launch of a new program, “Orbital Prime,” which will fund orbital operations that feature commercial technologies.

Its focus will be within a newer market of the space industry called OSAM, or on-orbit servicing, assembly and manufacturing, reports SpaceNews. The OSAM market focuses on technologies that function in Earth’s orbit and has a variety of focuses, such as removing orbital debris, refueling and repairing satellites, and working to expand space capabilities.

SpaceWERX, the segment of the Air Force that deals in space under the technology thinktank AFWERX, will be in charge of Orbital Prime. Orbital Prime’s main directive is to encourage investment in both the government and private sector sides of OSAM technologies. 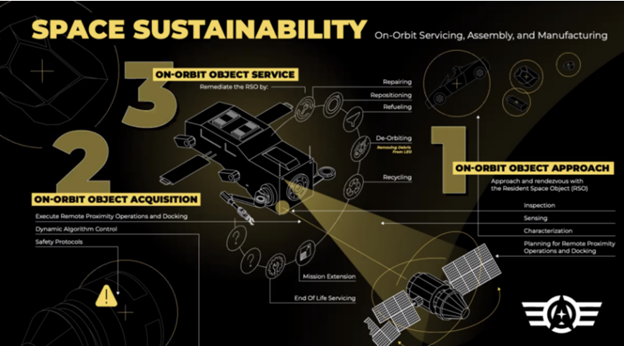 Orbital Prime will give businesses the chance to compete for Small Business Innovation Research (SBIR) as well as Small Business Technology Transfer (STTR) contracts by partnering with nonprofits and academics. Projects that make it through the rounds that award contracts and money at each stage will qualify for larger financing that will be matched by private investors.

The movement by the government into the OSAM sector is “something that’s been talked about for a long time in this industry,” said Meagan Crawford, co-founder and managing partner of SpaceFund, a venture capital firm.

“I think SpaceWERX is going to provide a great pathway to help us advance technologies and start getting ahead and leading the world in these capabilities,” said Jeromy Grimmett, CEO of Rogue Space Systems. “The market, I really believe, is going to drive some pretty interesting ideas.”

Rogue Space Systems will be competing for contracts in the program and is building a cubesat that will be capable of in-orbit inspections of any satellites and debris objects. Grimmet believes the U.S. is lagging other countries when it comes to creating the necessary technologies that will be able to clean up space debris and de-orbit satellites; space debris and defunct satellites are known issues and dangers for anything entering or operating in orbit.

UFO Takes Off With Orbital and Space Industry Exposure

The Procure Space ETF (UFO) invests in companies that derive at least half of their profits or revenue from a sector of the space industry, with many focused on satellite use and that stand to benefit from an influx of investment into this aspect of the space industry.

UFO was the first ETF to head to space. Launched in 2019, the fund tracks the S-Network Space Index, an index that tracks companies involved in a variety of space-related enterprises. This includes firms involved in satellite and rocket manufacturing, satellite-based consumer services and products, space technology hardware, and space intelligence services, including imagery.