You are at:Home»Featured»S&P 500 Targets Green For The Year With Fed Meeting Coming 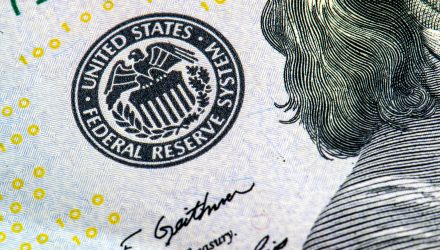 Stocks and Index ETFs are rocketed higher today, following an employment and non-farm payrolls reports that far exceeded expectations, but with the S&P 500 closing off its high, what will it take for markets to become positive for the year again?

Federal Reserve Chairman Jerome Powell is anticipated to instill confidence in investors that the central bank will take the necessary measures to ensure the economy fully recovers when he speaks next week. That should be enough to sustain the inflow of investors back into stocks to drive S&P 500 into positive territory for 2020.

After a news-filled Friday which saw the stock indexes rip higher after May’s employment report showed a surprising record gain of 2.5 million jobs, the Fed’s two-day meeting is the next widely anticipated event for markets in the coming week, aside from other economic data such as CPI and inflation.

The Fed begins its two-day meeting Tuesday and will release its statement Wednesday afternoon, followed by a video briefing by Powell, where many believe comments will be measured and likely designed to bolster the fragile but apparently strengthening economy.

“When would the Fed want to disrupt this with anything?” Paulsen said. “They’re still going to support the economy. They’re going to stay away from negative rates or yield curve management. They’re not going to do anything to scare the markets. They might certainly reassure people that they are still ready to provide support.”

Ethan Harris, head of global economics at Bank of America, feels the Fed may justify and expand on its decisions and their impact since it cut rates to zero. The Fed has been supporting the markets with asset purchases and multiple programs for commercial paper, corporate bonds, and municipal bonds, for example.

“We think right now they’re just trying to get this Main Street lending program to work. The question is are they going to do more things around what they do in terms of forward guidance and next steps of macro easing,” Harris said.

There has been speculation that the Fed might implement a type of so-called yield curve control, designed to stabilize interest rates below certain levels. “I think it’s too early for that,” said Harris. He said the Fed would be ensuring low rates for a long period of time if it does yield curve control.

“Yield curve control is basically open-ended quantitative easing,” he said. The Fed is currently purchasing Treasurys but if it wanted to stymie yields from climbing too quickly as the economy progresses toward healing, it could make targeted purchases.

The driving force so far appears to be the U.S. economy reopening, with consumers scrambling to purchase flights to Las Vegas and other areas, and driving airline and energy stocks and ETFs like the Vanguard Energy ETF (VDE) and the SPDR S&P Oil & Gas Explore & Prod. ETF (XOP) higher in the process.

“I think next week is dominated by the reopening and it will be for another month,” said James Paulsen, chief investment strategist at Leuthold Group. “With cyclicals outperforming, small [caps]outperforming, credit spreads coming in and then the bond yields going up, everybody — all facets of the financial markets — are sort of suggesting the same outcome.”