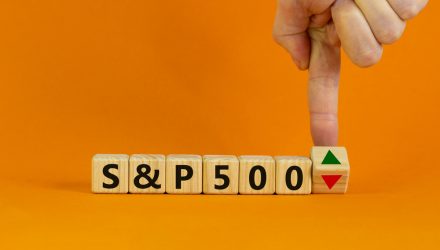 S&P 500 ETFs Suffered a Steep Rout Over the First Half, Now What?

S&P 500 exchange traded funds reeled over the first half of 2022, with the benchmark suffering its worst six months of a year since 1970, but investors shouldn’t take this as either a good or bad sign for how the markets could act ahead.

According to S&P Dow Jones Indices data, there has been little to no historical correlation between the S&P 500 index’s performance in the first and second half of the year, Bloomberg reported.

The current market environment slightly mirrored the S&P 500’s 21% in the first half of 1970 during a period of elevated inflation. The benchmark also rebounded by 27% over the last six months of that same year.

Despite the similarities, investors are warned that it does not mean we are all clear from the worst of the pullback.

Since 1957, during the years when the S&P 500 exhibited a negative return over the first half, the benchmark also continued to show a negative return for the second half about 50% of the time, Anu Ganti, senior director of index investment strategy at S&P Dow Jones, told Bloomberg.

“It’s very difficult to know or to predict what is going to happen based on past performance,” Ganti said.

Brent Schutte, chief investment officer at Northwestern Mutual Wealth Management, argued that the odds, though, look better for the rest of 2022 after the market already priced the potential for a mild recession.

“I think the fear is that this time period is like the 1970s where demand falls but inflation doesn’t fall with it,” Schutte told Bloomberg. “That would mean the Fed would have to keep going and pushing rates higher which would cause a deeper recession. That is not what I see happening.”

Nevertheless, Schutte warned of trying to prognosticate market moves ahead based on past performances.

“I’m not surprised that there’s no correlation between the past and the future,” Schutte added. “I’ve never found a way to make money by looking in the rear-view mirror.”