You are at:Home»Featured»Soybean ETF Is Rallying on Increased Chinese Demand 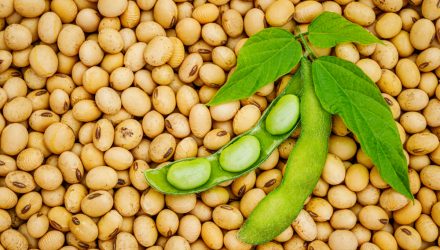 A soybean-related exchange traded fund has been gaining momentum, with soy prices touching a two-year high on Friday, as China ramps up purchases of U.S. exports.

Sales of soybeans to China for the marketing year beginning September 1 rose to 17.4 million metric tons, or more than last year’s total of just over 17 million metric tons, according to the U.S. Department of Agriculture. Furthermore, last year’s numbers were already 20% higher than the year prior, reflecting the steady increase in Chinese demand.

“Demand from China has been immense; they are on pace to buy more beans than they’ve ever bought before from the U.S.” Sal Gilbertie, Head of Agricultural Commodity Brokerage Teucrium Trading LLC, told the WSJ.

The surge in Chinese demand for soybeans comes as the emerging economy tries to rebuild its domestic hog herd that was decimated by the African swine flu. China’s pig stocks are now 13% higher year-over-year, according to data from the Chinese agricultural ministry. The increased herd size means more demand for soybean meal as livestock feed.

The steady Chinese imports has helped relieve pressure on the U.S. agriculture sector as many feared that the renewed tensions between the two countries could upend the Phase-One trade deal or even trigger a second trade war.

“China has the ability to book all they want for agriculture products, but we need to see if they actually take the product,” Terry Reilly, senior agriculture analyst with Futures International LLC, told the WSJ.

Furthermore, some were concerned about the negative effects the coronavirus pandemic would have on agricultural commodities. The U.S. Department of Agriculture previously projected record crop yields for both corn and soybeans, while domestic and export demand viewed remained questionable amid the spread of Covid-19.