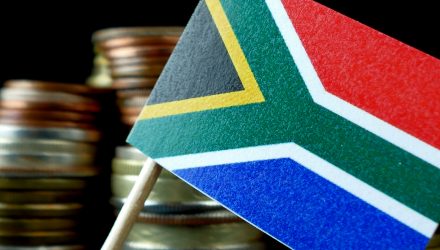 A falling local currency in conjunction with rising government debt yields are bringing South African bonds to the brink of junk status as the likelihood of a credit rating downgrade increased as the country’s lawmakers expect wider budget deficits and lower growth forecasts.

“We are trying to make the best out of a difficult situation,” Mboweni told reporters prior to his budget speech to parliament.

This news won’t do South Africa any favors once it reaches the ears of credit rating companies like Moody’s Investors Service. Moody’s, one of the few firms that rates South African debt, has already delayed reviewing the country’s debt rating just earlier this month.

“South Africa remains stuck in a low-growth, high-debt environment and it is difficult to get euphoric about the outlook for the rand,” said Bernd Berg, a foreign-exchange strategist at Woodman Asset Management AG in Zug, Switzerland. “With little positive domestic drivers and a challenging external environment, it is hard to see the rand outperform its emerging-market peers in the short run.”

A downgrade could certainly ignite a sell-off, sending yields higher and bond prices lower. Yields are continuing a rapid ascent to 9.5% after touching just below 8% prior to April.

“I was clearly too optimistic that Mboweni would announce enough fiscal tightening to keep the ratings agencies at bay,” said Win Thin, global currency strategist at Brown Brothers Harriman and Co. “I think risks of downgrades have gone up significantly.”