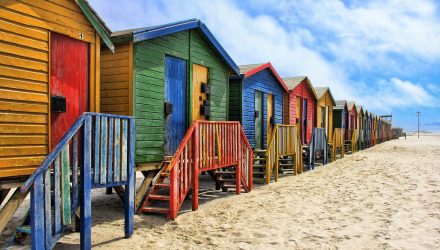 Amid contracting economic growth and slumping commodities prices, the iShares MSCI South Africa ETF (NYSEArca: EZA) is slumping this year. Down more than 22% year-to-date, EZA is one of the worst-performing single-country exchange traded funds tracking a developing economy and some market observers believe it will take a while for markets there to bounce back in earnest.

The economic weakness raises the country’s risk profile in a time when emerging market assets are under pressure from a strong U.S. dollar and escalating global trade tensions. Furthermore, some observers are concerned it may increase the chances of a credit downgrade form credit agencies, like Moody’s Investors Service.

“South Africa’s latest economic plan is unlikely to deliver a significant boost to economic growth,” Fitch Ratings says. “Several of the measures relate to existing proposals and others will take time to finalise and to have an impact. The announcement does not affect our recently updated growth forecasts.”

Economic growth in South Africa, Africa’s largest economy, contracted in the first and second quarters. Two consecutive quarters of contracting growth is usually a sign of a recession.

South Africa’s economy unexpectedly contracted a 0.7% annualized rate in the second quarter, compared to expectations for a 0.6% expansion, the Financial Times reports. The economy also shrunk at a downwardly revised 2.6% annual pace for the first three months of 2018.