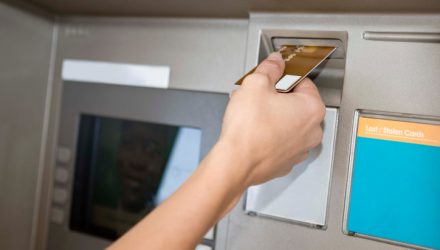 What’s Been Brewing for Bank ETFs…

“Bank bulls have come to regard as gospel the theory that rising interest rates are needed to sustain the move,” according to Bloomberg. “But according to Strategas, prior periods of bank outperformance don’t have much correlation with that or the shape of the yield curve. In two of the five stretches, rates were rising, while in the other three they fell. In some historical instances the yield curve was volatile, whereas in others it was either steepening or flattening.”

Investors seem to be buying into the notion of a sustainable rally for bank stocks. Since the start of the fourth quarter, XLF has added over $1 billion in new assets, a total surpassed by just seven other ETFs and good for the second-best total among all sector ETFs. Year-to-date, XLF has seen inflows of nearly $3.5 billion.