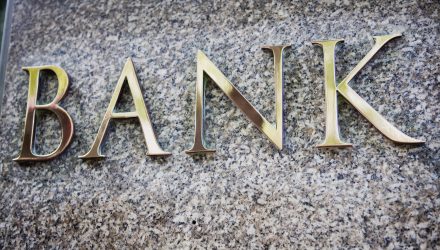 Buoyed by a rebound in the broader financial services sector and expectations that another interest rate hike is coming in the fourth quarter, the SPDR S&P Regional Banking ETF (NYSEArca: KRE), the largest regional bank ETF, is up 9% over the past month.

KRE’s technicals have improved to the point that some technical analysts believe the ETF is on the cusp of a major breakout.

“Karlier this year, KRE broke above 2007 high levels. After breaking out, softness over the past few months saw KRE test 2007 high resistance levels as new support a few times,” reports ETF Daily News. “While testing this support, potential that KRE has created a bull flag pattern over the past few months. KRE short-term rally of late finds it testing falling resistance, which could be the top of a bull flag pattern.”

Bolstering the regional bank outlook, President Donald Trump has promised deregulation and tax reforms, which have also helped the finance sector outperform since the elections.