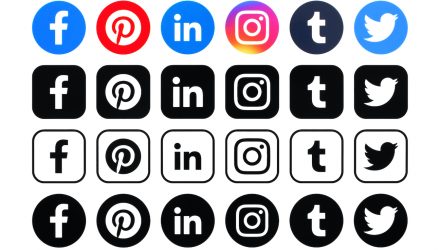 This week has seen dramatic moves in social media stocks and ETFs amid news that Snap reported that its advertising business fell due to Apple’s privacy changes, and Trump-related social media SPAC soars.

Snap shares tumbled over 24% on Thursday evening and continue to fall on Friday, sparking declines in Facebook and Twitter of 4% and 3%, respectively, after the social networking firm posted disappointing revenue growth and guidance failed to hit projected levels.

The social media company said that its advertising revenue was affected more than anticipated by Apple ‘s adjustment in the rules related to advertising on mobile apps.

“Our advertising business was disrupted by changes to iOS ad tracking that were broadly rolled out by Apple in June and July,” the company said in remarks prepared for the company’s earnings conference call. “While we anticipated some degree of business disruption, the new Apple-provided measurement solution did not scale as we had expected, making it more difficult for our advertising partners to measure and manage their ad campaigns for iOS.”

Snap said that the situation “was compounded by the ongoing macroeconomic effects of the global pandemic, with our advertising partners facing a variety of supply-chain interruptions and labor shortages.” The company said that this factor reduced the “short-term appetite to generate additional customer demand through advertising at a time when their businesses are already supply-constrained,” adding that Apple’s changes have “upended many of the industry norms and advertiser behaviors that were built on IDFA, Apple’s unique device identifier for advertising, over the past decade, which now require a double opt-in by users in order to access directly.”

Snap noted that Apple’s new system for measuring advertising iOS, known as SKAN, may not have had the desired results.

The company noted that “advertisers are no longer able to understand the impact of their unique campaigns based on things like the time between viewing an ad and taking an action or the time spent viewing an ad. Additionally, real-time campaign and creative management is hindered by extended reporting delays, and advertisers are unable to target advertising based on whether or not people have already installed their app.”

The news has dragged down technology stocks on Friday, with the Nasdaq Composite off by more than 1% and its related ETF, the Invesco QQQ Trust (QQQ), showing similar losses, while the SPDR Dow Jones Industrial Average ETF (DIA) and the SPDR S&P 500 ETF Trust (SPY) are faring considerably better.

The stock, trading under the DWAC ticker, had such large trading volume that it was halted due to volatility several times in morning trading Friday. The SPAC exploded over 215% at one point on Friday after rocketing more than 350% to close Thursday at $35.54 amid massive trading volume and volatility.

In action similar to what occurred with previously Reddit-hyped stocks, there are indications that small-time retail investors could be at play in the massive rally in the SPAC. On Thursday, DWAC was the single most actively traded stock on Fidelity’s popular retail brokerage platform. Apart from action in Reddit rooms, the SPAC was also a trending topic on Twitter, which indicated that DWAC could be having the same experience as GameStop, AMC, and silver.

The yet-to-be-launched Trump Media & Technology Group said its “mission is to create a rival to the liberal media consortium and fight back against the ‘Big Tech’ companies of Silicon Valley, which have used their unilateral power to silence opposing voices in America.”

After former President Trump was ousted by social media giants Twitter and Facebook earlier this year for his alleged inciting of the Jan. 6 Capitol riot by a mob of his supporters, Trump sought an alternative social media platform.

Trump Media & Technology Group, chaired by Trump, said that it will launch a new social media platform that the former president claims will “stand up to the tyranny of Big Tech.”

Although it is down over 4% Friday amid the SNAP news, for investors interested in social media ETFs, the Global X Social Media ETF (SOCL) has been a popular fund.

The investment seeks to provide investment results that correspond generally to the price and yield performance (before fees and expenses) of the Solactive Social Media Total Return Index. The fund will invest at least 80% of its total assets in the securities of the underlying index and in American Depositary Receipts and Global Depositary Receipts based on the securities in the underlying index. The underlying index tracks the equity performance of the largest and most liquid companies involved in the social media industry, including companies that provide social networking, file sharing, and other web-based media applications, and is non-diversified.

Another fund to consider for social media buffs is the newer VanEck Social Sentiment ETF (BUZZ). BUZZ is down a more modest 2.42% Friday, and it contains holdings like Tesla and AMD as well as more popular social media and technology companies.

BUZZ seeks to track, as closely as possible, the price and yield performance (before fees and expenses) of the BUZZ NextGen AI US Sentiment Leaders Index (BUZZTR), which is intended to track the performance of the 75 large-cap U.S. stocks that exhibit the highest degree of positive investor sentiment and bullish perception based on content aggregated from online sources including social media, news articles, blog posts, and other alternative datasets.