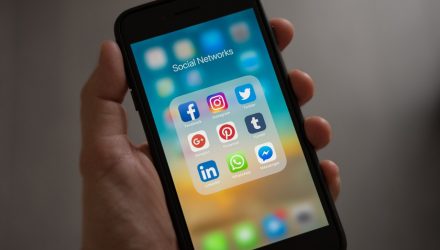 Lifting the sector-related ETF, Twitter shares jumped 15.1% Thursday after climbing as high as 22% earlier in the day, testing both its short- and long-term resistances at the 50- and 200-day simple moving average. TWTR is the largest component holding in SOCL’s portfolio, making up 11.7% of the underlying index.

Twitter was on track for its best single-day gain after the social media company beat Wall Street’s revenue and profit estimates, selling more ads despite purging millions of fake accounts used for disinformation, hate speech and other abuse in an attempt to solidify a base of high-quality users who are attractive to advertisers, Reuters reports.

“If they are getting rid of bots, fake accounts and fighting hate speech, then it’s actually good for the health of the platform overall,” Pivotal Research Group analyst Brian Wieser told Reuters. “That is certainly more appealing to advertisers.”