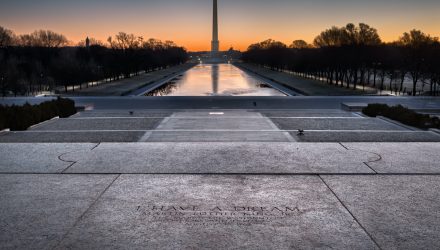 As an increasing number of companies have become involved in the burgeoning civil rights movement, Social media ETFs are slipping Friday, as Unilever said that the company would be taking a break from its brand advertising on social media platforms like Facebook, Instagram and Twitter in the U.S. “through at least the end of the year.”

“Given our Responsibility Framework and the polarized atmosphere in the U.S., we have decided that starting now through at least the end of the year, we will not run brand advertising in social media newsfeed platforms Facebook, Instagram and Twitter in the U.S.,” the company said in an emailed statement it attributed to Luis Di Como, the company’s EVP of Global Media. “Continuing to advertise on these platforms at this time would not add value to people and society. We will be monitoring ongoing and will revisit our current position if necessary.”

Facebook shares fell dumped over 6%, while Twitter shares dropped as much as 7% after Unilever made the announcement. The Global X Social Media Index ETF (SOCL) is down 2.5% amid the news, while the Invesco International Dividend Achievers ETF (PID), which holds Unilever is also down 2% Friday. Stocks across many sectors are getting thrashed due to spiking coronavirus concerns.

Unilever, a London-based consumer packaged goods behemoth that makes Breyers and Ben and Jerry’s ice cream, said it would keep its scheduled media investment in the U.S. by transitioning to other media.

“We are actively engaging with all digital platforms to make meaningful change and impact trust and transparency,” the statement also said. “We have made substantial progress, and we acknowledge the efforts of our partners, but there is much more to be done, especially in the areas of divisiveness and hate speech during this polarized election period in the U.S.”

The organization’s goal is to obtain more stringent regulation of hate speech and disinformation from social media platforms, who have come under fire lately.

Last year, Facebook brought in $69.7 billion in ad revenue globally through its millions of advertisers. The platform said earlier this year it has more than 8 million advertisers.

Twitter’s VP of global client solutions Sarah Personette responded to the move from Unilever in a statement.

“We have developed policies and platform capabilities designed to protect and serve the public conversation, and as always, are committed to amplifying voices from underrepresented communities and marginalized groups,” she said. “We are respectful of our partners’ decisions and will continue to work and communicate closely with them during this time.”