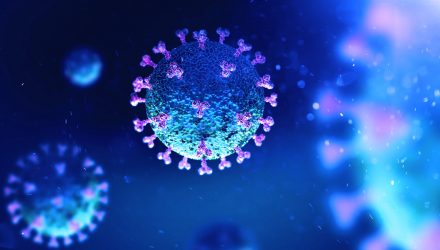 As the number of coronavirus cases has seen a dramatic increase across the country since states have reopened, compelling a number of states to revise regulations and even close some segments of the consumer sector once again, Instagram co-founder Kevin Systrom has been working on a website that tracks a more accurate representation of how the virus has been disseminating.

Systrom told CNBC on Monday the coronavirus tracking website he helped build is showing troubling levels of spread in many states across the U.S.

Epidemiologists utilize something called an R0, or R naught, as a way to measure the viral spread. For example, an R naught of 1 means the average person who is infected with the virus will be projected to spread it to one other person, whereas a more lofty R naught means the virus will spread exponentially.

Systrom’s site, rt.live, reports the estimated the rate of transmission, or Rt, in each state. The Rt metric, derived from R naught, attempts to measure the transmission rate in a specific population and a specific moment in time.

Systrom said that 34 states in the U.S. have an estimated rate of coronavirus transmission above 1.0, defined on rt.live as an indication the virus will spread quickly. A value less 1.0 suggests the spread will stop.

Data compiled by Johns Hopkins University that revealed that over 2.5 million coronavirus cases have been confirmed in the U.S. Just on Friday there were 45,255 additional cases reported, raising the country’s seven-day average to more than 41% from the prior week, with a notable increase in the number of positive tests in Florida, where people had been flocking to beaches amid the warm weather.

The site is meant to be more of a public resource, and is not intended to be a separate company, competitive with Facebook or social media in general.

“What I will say initially is this site is a public good,” said Systrom. “It’s not meant to be a new company or be anything other than a resource for people to come and understand how the virus is spreading you them,” he added.
One of the most difficult parts of assessing an accurate spread for the virus is that the data often lags the onset of the infection.
“The data is actually the hard part, which is to say it’s unreliable it’s noisy it’s delayed. Not many people realize that data you were looking at today is actually delayed almost a week, maybe even longer. There’s a five day incubation period and then by the time you get symptoms and you decide to get a test and you decide do you know report that test it’s been over a week. So the data we’re looking at today doesn’t actually give you a real view of how things are going. It’s like driving a car 100 mph down the freeway and trying to control it by looking in the rearview mirror,” Systrom explained.
“That’s part of the challenges we’ve had with the virus today, and that’s why we built a site. Because we wanted to give people an insight into how the stats are actually developing with a reliable algorithm,” he added.

However, he emphasized the Rt, the rate of transmission, is just “one metric of many” that people should use.  Rt.live gets its data from the Covid Tracking Project, Systrom said. He recommended that people also rely on state health department data. “Check lots of sites. Triangulate for yourself because these are all models,” he added.

For investors interested in social media ETFs, the Global X Social Media ETF (SOCL) was the first electronically traded fund that has a pretty global perspective on social media companies, and is up 0.87% Monday. The iShares Expanded Tech Sector ETF (IGM) contains Facebook parent Instagram, and is green Monday.