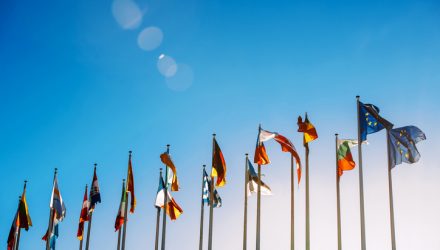 Why It’s a Good Time to Consider Europe ETFs

“It feels like it’s been a very long time coming, but, we’d argue that the vital removal of a substantial degree of uncertainty that the French election has afforded, along with an improving macro and earnings profile, and the ability to access the region on relatively attractively priced valuations is all starting to speak to a re-evaluation of how U.S. investors should think about Europe,” Rob Bush, ETF Strategist for Deutsche Asset Management, said in a note.

The Eurozone markets breathed a sigh of relief after centrist and pro-European Union Emmanuel Macron won the French elections, beating out anti-euro Le Pen. Voters and policymakers have shown a greater preference for European integration, diminishing speculation of an imminent breakdown of the Euro-bloc. Europe has held steadfast against a number of volatile factors, like rising periphery bond yields, looming Grexit and emergence of populist parties pushing for a breakup.

“With the French election now behind us, it’s partly this removal of what was a critical source of uncertainty that has led our CIO Team to move to an overweight position on European equities,” Bush said.

European investors, though, are not completely out of the bush as elections are coming up in Germany in the fall and Italy has yet to finalize a resolution.