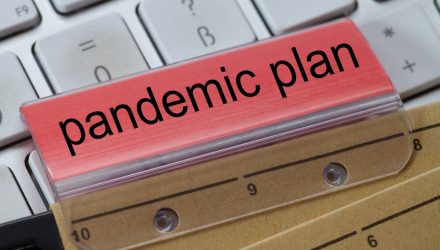 What the Pandemic May be Teaching us About the U.S. Stock Market

A disconnect has seemingly developed between the S&P 500 Index and the U.S. economy at large. The S&P 500 has managed to claw its way back to a flat performance over the trailing twelve months even with the economy facing double-digit unemployment and the very likely prospect of a recession. What is behind this dislocation?

Fed action in the market may be part of the reason, but an overlooked aspect could be the S&P 500 Index’s breakdown. Unlike the economy which generally focuses on the consumer and services, the U.S. stock market is tilted towards sectors that seem poised to weather the pandemic better than most.

Essential and virtual against the rest

These segments are either in the essential (utilities, consumer staples or health care) or virtual worlds (technology and communications) and are relatively “immune” from the worst of the pandemic shutdown. Some could, potentially, even be beneficiaries from the changing lifestyles that could come from efforts to avoid COVID-19.

Fortunately for U.S. large cap investors, over 60% of the S&P 500—both by market cap and projected earnings this year—is in these five categories. This sets up a relatively favorable breakdown for investors leaving a minority in “vulnerable” sectors which could be more susceptible to being damaged by the effects of the pandemic from an earnings perspective:

Source: DWS Investment GmbH as of 4/13/2020. Past performance may not be indicative of future results. You cannot invest directly in an index

This kind of breakdown may help to explain why the S&P 500 has, so far, performed better than comparable indexes around the globe. Over the past year, the S&P 500 has beaten peer benchmarks tracking Europe (S&P Europe 350 Index) and global ex-U.S. stocks (S&P Global ex-U.S. BMI) by over 800 basis points each. Part of the reason may lie in the breakdowns between the various indexes, and how much of the assets are devoted to the more resilient sectors:

Source: S&P as of 05/05/2020. Past performance may not be indicative of future results. You cannot invest directly in an index.

The gap between the U.S. market and the world in these key sectors does not explain all of the difference in performance. However, it may suggest that the U.S. large cap stock market could be better positioned than others—or even the broad U.S. economy– to survive the pandemic relatively intact.

It is important to remember that the stock market is not the economy, and recent trading shows just how wide the gulf can be between the two at times. It also suggests that the makeup of any benchmark can have an outsized influence on performance, particularly in uncertain trading environments.

This may especially be the case for the S&P 500 and other essential/virtual-focused benchmarks. In the case of the S&P 500, one-fifth of its assets are in just the top five names, all of which are in the technology sector. Such a breakdown can make the benchmark prone to concentration risk, but at least during a pandemic that puts a premium on the essential or online sectors, this kind of allocation could prove to be beneficial to investors.

For more on the debate between healthy and vulnerable sectors, make sure to check out the latest from our CIO Office which has covered the topic in-depth lately: Americas CIO View