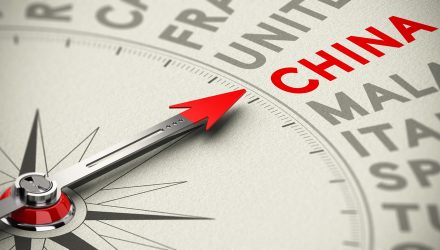 What Can the ASHS ETF Do for You?

Small-cap equities often take the brunt of the ebbs and flows of the market. For the ETF investor with the cast iron stomach, one play worth considering is the Xtrackers Harvest CSI 500 China-A Shares Small Cap ETF (ASHS).

As China’s economy recovers from the COVID-19 pandemic, small-caps could be out in front of their large-cap brethren to make market moves. Think of small-caps as scouts before the rest of the cavalry arrives.

Of course, China is still considered an emerging market and EM countries don’t come without risk. That said, with a year to date gain of almost 30%, the risk might be worth it.

“In exchange for more potential upside, investors in emerging markets must accept economic uncertainty and financial market volatility,” a Motley Fool article noted. “Awareness of a country’s political environment is also critical to investing in the developing world. Many of the leading emerging markets operate under a system known as state capitalism, which is a combination of free markets and government intervention. Some leading companies, known as state-owned enterprises, are partly or fully owned by the government. Others might be nominally independent but still subject to significant governmental pressure or influence.”

In the case of China, being a small-cap company can be a boon. These smaller companies are less beholden to the almighty Chinese government.

“Smaller companies are often less important to a country than a corporate titan, and therefore far less likely to fall under the government’s influence,” the article said. “The Chinese government has a great deal of interest in what PetroChina is doing, but they probably don’t care what a modest-sized chain of sneaker stores or car repair shops is doing.”

“Small-cap stocks are the single best way to get exposure to emerging markets while avoiding circumstances in which a company is making decisions for non-economic reasons,” the article added. “Avoiding government interference is enough of a reason to focus on Emerging Markets small caps, but there is also an added benefit to this approach. Small-cap stocks tend to outperform their larger counterparts over time, though they are also more volatile.”