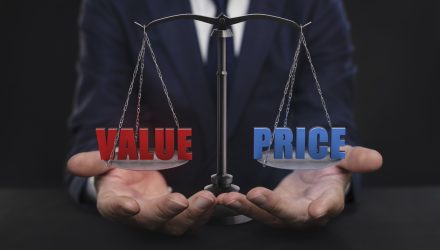 There were ample expectations for the opposite to be true heading into 2018, but value exchange traded funds continue lagging their growth and momentum counterparts this year. That could be an ominous sign, particularly with the U.S. humming along.

VTV, one of the largest value ETFs in the U.S., follows the CRSP US Large Cap Value Index. The fund charges just 0.05% per year, or $5 on a $10,000 investment, making it cheaper than 95% of competing funds, according to Vanguard data.

VTV is not the only value ETF seeing increased activity in recent trading sessions. The same is true of the iShares S&P 500 Value ETF (NYSEArca: IVE), another widely followed value ETF.