You are at:Home»Smart Beta Channel»Unearth Mid-Cap Value With This ETF 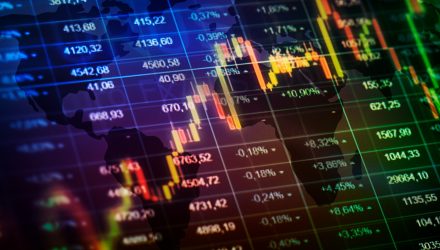 Unearth Mid-Cap Value With This ETF

For long-term investors, the combination of mid-cap stocks and the value factor can be a potent one. Add dividends to that equation and that potency grows.

Mid-cap stocks are often seen as the overlooked segment of the equity market. With that, the group’s dividend capabilities are also overlooked by some investors. The WisdomTree U.S. MidCap Dividend Fund (NYSEARCA: DON) is one of the exchange traded funds that can change investors’ views of dividends and mid-caps for the better.

DON tracks the WisdomTree U.S. MidCap Dividend Index. That benchmark is “dividend weighted annually to reflect the proportionate share of the aggregate cash dividends each component company is projected to pay in the coming year, based on the most recently declared dividend per share,” according to WisdomTree.

Long-term data confirm the potency of the mid-cap value trade.

Mid-cap companies are slightly more diversified than their small-cap peers, which allows many mid-sized companies to generate more consistent revenue and cash flow, along with providing more stable stock prices. Additionally, they are not so big that their size would slow down growth. Long-term data also support the notion that active mid-cap managers have a hard time consistently beating their benchmarks.