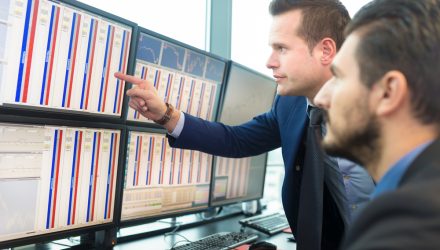 This S&P 500 Metric is at its Highest Level Ever: What Can Investors Do?

When you buy an investment tracking a benchmark such the S&P 500 Index, do you know what you are getting? Sure, it sounds simple at first. For those focused on a standard S&P 500 Index, you’d get 500 of America’s largest stocks by market capitalization. However, that isn’t the whole story.

Thanks to the pandemic which has pushed virtual and essential sectors into the spotlight, market strength has been largely focused on technology and communication sectors, with a few rare (or related) exceptions. With this trend and the ongoing slump for companies in sectors such as financials or energy, a very select number of very large companies have managed to thrive in the pandemic environment, at least so far (also see Hyperlink to any text: What the pandemic may be teaching us about the U.S. stock market.

This trend has led to a market cap distribution for the S&P 500 that some investors may not be aware of, but is actually the most lopsided in the index’s history. As shown in the chart below, the three, five and ten largest companies of the S&P 500 Index currently make up a historically high percentage of the vital benchmark. Just three companies account for more than one-sixth of the market and ten make up nearly 30%: From another perspective, the top three companies in the S&P 500 have the same weight as the bottom 325. Meanwhile, the top ten securities have the same weighting as the bottom 80% (over 400 companies). Despite nominally receiving exposure to five hundred companies, investors are increasingly making a big bet on just a handful of America’s tech and communication giants with a portfolio that is focused on the S&P 500.

This isn’t necessarily a problem, particularly given how well many of the top ten securities have done as of late, but it is worth considering the history of several other periods of heavy concentration. There have of course been outsized market winners in the past, it has not really even been close to this amount in the past few decades. Today’s 17.5% for the top three components is far and away higher than in the two previous peaks of 2000 and 2008. In both of those, concentration in the top three did not exceed 12.5%. Investors also saw a similar situation when expanding to the five largest, suggesting the current level of concentration that investors have only experienced very briefly in the past few decades, and never to this degree.

It is worth noting that in previous concentration plateaus, figures were a bit more comparable for the 10 and 50 stock varieties, and that we aren’t even at the 50 stock concentration peak yet. That honor still goes to the 1999-2000 period, underscoring how much today’s surge is focused on the very top and that it hasn’t spilled over as much to “smaller” firms as of late (also read Hyperlink to any text: Has ESG investing outperformed in the pandemic?.

This type of trend is extremely important because so many of the top companies today are isolated in just a few sectors. These big winners have allowed the tech sector, for example, to swallow up nearly 30% of the S&P 500 index, making it by far the biggest sector in the benchmark. And while these trends can continue for some time, it is important to note when other peaks arrived in the past. They were predominantly right before or during sluggish periods for the economy and that the plateaus did not last indefinitely.

That is why it is vital to understand the index dynamics at play in the market right now. Yes, the S&P 500 has been doing well as of late, but leadership is increasingly narrow, which could prove to be a problem in the future.

Still, it is hard to deny the leadership of virtual and essential sectors as of late, and it may be time to consider them as somewhat of a separate asset class given their stunning performance and leadership. This approach would allow investors to obtain broader exposure to the hundreds of other securities in the S&P 500 without forgetting about the potential of the enormous virtual and essential firms in this new economy.

Our CIO, David Bianco, delves deeper into this topic and the importance of intangibles in his recent Americas CIO note. Read it for additional information on this historic level of market concentration, and why it may be time to start thinking about tech titans in a different way: Tech Titans: Super enterprises in a class all their own