You are at:Home»Smart Beta Channel»Tax Reform: Implications for the US High Yield Bond Market 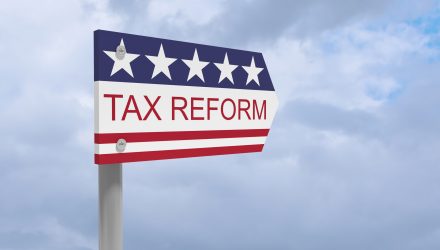 Tax Reform: Implications for the US High Yield Bond Market

The Tax Cuts and Jobs Act passed in late 2017 poses a few important changes that will affect the U.S. high yield bond market. Some key elements of the new tax plan include: the U.S. corporate tax rate will decline from 35% to 21%, the amount of interest expense that companies can deduct will be limited to 30% of EBITDA (30% of EBIT starting in 2021), and companies will gain the ability to fully write off capital expenditures in the year spent for at least the next five years. This blog discusses why we view these changes as a net positive for the high yield bond market, and how the new tax plan could impact BB and B rated issuers differently than more highly levered CCC rated issuers.

For most high yield companies, the benefit from a drop in the headline corporate tax rate outweighs the cost associated with decreased interest deductibility. This net positive effect for the high yield market becomes even more pronounced when one considers the potential for companies to increase their tax shields by fully deducting capital expenditures (capex). Since there are various moving parts to the tax plan, we performed a back-of-the-envelope calculation to determine the level of interest expense at which a hypothetical $100 million EBITDA company would earn the same profit under both the new and old tax regimes. In this analysis, we accounted for parts of the tax plan that we believe will have the largest effect on most high yield companies, namely the drop in the headline tax rate from 35% to 21% and the cap in interest rate deductibility at 30% of EBITDA.

For simplicity, we ignored capex deductions and assumed zero values for depreciation and amortization. The following table shows our calculation using the income statement of our hypothetical company under both the old and new tax regimes:

As shown, we determined that when interest expense reaches 58% of EBITDA the company would generate the same profit under either the new or old tax regimes. In other words, when interest expense is 58% of EBITDA, a company becomes indifferent between the two tax regimes because the opposing effects of a drop in the headline tax rate and a loss in the full deductibility of interest expense cancel out. Importantly, this result also implies that when interest expense is less than 58% of EBITDA, a company would generate a higher profit under the new tax regime than under the old tax regime. By examining the holdings of our U.S. high yield bond exchange traded fund (ETF), which tracks the Solactive USD High Yield Corporates Total Market Index, we determined that most high yield companies would benefit from the new tax plan as they do not have interest expense to EBITDA ratios that exceed 58%3. In fact, it turns out that only about 10%4 of the publicly-traded issuers of debt held by our ETF (which corresponds to less than 15% of the total market value of debt within our ETF’s portfolio) have interest expense to EBITDA ratios that exceed the 58% threshold. Fortunately, this may mean that our high yield bond ETF has a relatively small exposure to issuers that are most likely to be negatively affected by the new tax regime.