You are at:Home»Smart Beta Channel»Socially Responsible ETFs and the Changing Face of Investors 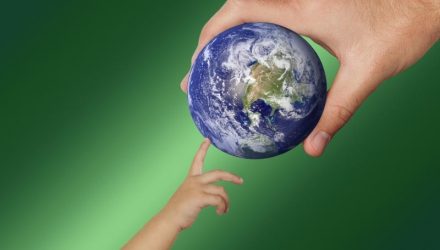 Socially Responsible ETFs and the Changing Face of Investors

The capital markets are aptly called as such–the focus being on capital–but capital can manifest itself in other forms aside from money, including social responsibility. Rather than focusing on market value, social responsibility retrains investors minds to focus on just values–things that matter the most to investors rather than profitability and with this rise in social consciousness comes a rise in capital market innovation in the form of socially responsible exchange-traded funds (ETFs).

Although the idea of socially responsible ETFs is not relatively new, it’s still struggling to break into the mainstream, particularly at time when the markets are at fever pitch and the major indexes nearing record highs. Socially responsible investments (SRI) and the focus on environmental, social and governance (ESG) investing has taken a back seat to the profitability-fueled bull market.

However, all is not lost according to Schwab’s ETF Investor Study that extrapolated data from 1,500 ETF investors between the end April and the middle of May. While 13% of the ETF investors were oblivious to the idea of SRI/ESG investing, the majority were aware of the concept–41%.

Despite this, only 14% have actual investments in SRI/ESG incorporated into their portfolios. Another 17% of the study have in-depth knowledge of SRI/ESG investing, but no tangible investments in the area.

As the general populace ages, the changing face of investors begins to unmask itself. An interesting aspect of the study is the increase in ETF investor interest from millennials and Generation X, as well as their increased focus on SRI/ESG. In addition, what the study found is that women have a higher inclination to SRI investing.

“Younger investors flock to ETFs much more than previous generations,” said Kari Droller, vice president of third-party platforms for mutual funds and ETFs at Charles Schwab. “We found the same really holds true for SRI ETFs. Both millennials and Gen X investors are much more likely to be both actively-looking to SRI strategies and taking action on that.”

The challenge to bring SRI/ESG investing into wider investor adoption faces various obstacles, according to the study. Investors have cited issues, such as lower performance and a lack of education regarding these products.

“84% of the ETF investors in the study said that they believe that SRI strategies yield lower performance than non-SRI strategies,” said Droller.