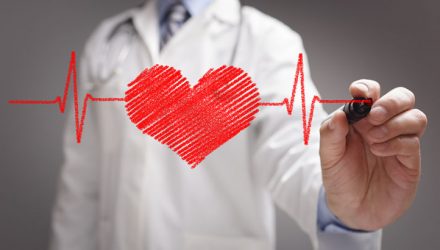 The equal-weight methodology is one of the oldest iterations of alternative indexing and can even be considered a forefather of smart beta. Some equal-weight broad market funds have lengthy track records of outperforming cap-weighted rivals, but there are some gems among equal-weight sector funds.

Equal-weight can lead to important sector and industry differences relative to cap-weighted funds, as is seen with both RSP and RYH.

Sector weights are also driven by the number of companies in each sector rather than their market value, so RSP favors consumer discretionary, real estate and utilities sectors, but the equal-weight ETF underweights areas like tech, healthcare and financials when compared to the market cap-weighted S&P 500.

In RYH, that equal-weight ETF leans away from pharmaceuticals and biotechnology stocks, which are usually the largest industry weights in cap-weighted healthcare funds.

“As is to be expected, RYH does things differently than its cap-weighted peers. For example, the Guggenheim ETF allocates less than 32% of its combined weight to the pharmaceuticals and biotechnology groups, about half the weight assigned to those industries by traditional healthcare ETFs. Healthcare providers and device makers, however, combine for about 57%,” according to InvestorPlace.