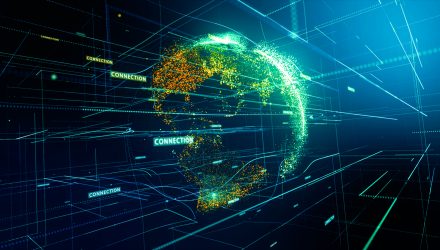 A Popular Dividend Strategy in an International Wrapper

Dividend investors looking to add some international income to their portfolios have plenty of exchange traded funds to consider. Those also looking for a low-fee idea can consider the Vanguard International Dividend Appreciation ETF (NasdaqGM: VIGI).

VIGI, which debuted in March 2016, is the international answer to the popular Vanguard Dividend Appreciation ETF (NYSEArca: VIG), the largest U.S. dividend ETF. VIGI has rapidly gained a following with investors. In just over two years on the market, VIGI had $915.5 million in assets under management as of the end of the second quarter.

“This low-cost fund prioritizes dividend growth over yield, which emphasizes highly profitable firms that should hold up better than most during market downturns and offer attractive long-term returns,” said Morningstar in a recent note.

“The fund invests in large- and mid-cap stocks from developed and emerging markets, and targets those that have increased their dividend payments for seven consecutive years,” said Morningstar. “It then applies additional filters to eliminate stocks that may not be able to sustain their dividend growth.”

VIGI holds 314 stocks with a median market capitalization of $44.5 billion. Nearly 27% of the fund’s geographic exposure is allocated to developing economies and nearly 49% is dedicated to European equities, giving the ETF a value profile. India, the U.K. and Japan are VIGI’s three largest geographic exposures, combing for 36% of the fund’s weight.