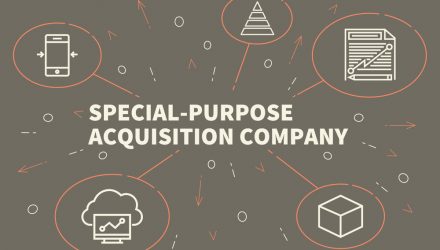 In an ETF landscape that’s growing every year, providers need to offer products to help differentiate themselves from the masses. For Defiance ETFs, they created a new fund that focuses on special purpose acquisition companies (SPACs), which are also known for their moniker as “blank-check companies.”

What makes these SPACs so special?

“Blank-check companies have surged in popularity this year,” a Business Insider article noted. “The firms raise capital through initial public offerings with the intention of merging with a private company and taking the combined entity public. SPACs typically have two years to find a company to merge with, and owners aren’t required to publicize a target before taking a SPAC public.”

How popular are these SPACS in terms of invested capital? Apparently, quite popular according to the numbers.”

“More than $45 billion has been raised across 120 SPAC IPOs in 2020 so far, according to SPACInsider.com. That pace trounces the 59 deals and $13.6 billion in proceeds seen throughout all of last year,” the Business Insider article added.

“The Defiance team is excited to bring to market the first SPAC ETF (NYSE: SPAK). Picking the winners of individual SPACs can be very difficult, however the ETF structure allows investors to access the most liquid SPAC IPOs in a diversified basket. SPAK allows both financial advisors and retail investors to participate in an IPO private equity style of investing, which until now, was only available to large financial institutions,” a statement issued by Defiance ETFs said.

Delving into the space more fundamentally via an Investopedia article, SPACS “are generally formed by investors, or sponsors, with expertise in a particular industry or business sector, with the intention of pursuing deals in that area. In creating a SPAC, the founders sometimes have at least one acquisition target in mind, but they don’t identify that target to avoid extensive disclosures during the IPO process. (This is why they are called “blank check companies.” IPO investors have no idea what company they ultimately will be investing in.) SPACs seek underwriters and institutional investors before offering shares to the public.”