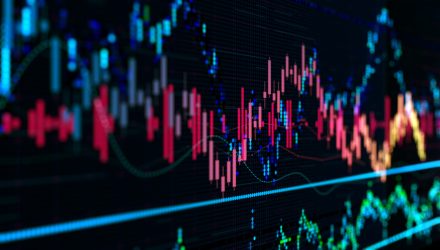 As more investors get educated on the strategies that active funds employ, they will no doubt be looking at their performance, especially when it comes to justifying their fees. Given that, Morningstar studied active fund performance in 2019 relative to their benchmark indexes and found that they did fair—not astounding, but decent.

“Markets treated investors kindly last year. An indexed portfolio split 60%/40% between U.S. large-cap stocks and domestic investment-grade bonds notched a 22% total return in 2019,” wrote Jeffery Ptak in Morningstar. “Active-fund investors got in on the action, too, with the average active U.S. large-cap equity fund gaining more than 25% and the average intermediate-term core bond fund around 8%. Not too shabby.”

Notable findings in the Morningstar study:

In order to determine the results, Ptak noted that Morningstar “compiled the calendar-year total returns and Sharpe ratios of all actively managed stock and bond funds for the period of Jan. 1, 2005, to Dec. 31, 2019.”

“We calculated the returns and Sharpe ratios in two ways–before and after fees,” Ptak added. “We then compared each fund’s pre- and postfee returns and Sharpe ratios against a benchmark index based on its category classification at the relevant times. We calculated success rates as the percentage of funds that began a calendar year, survived to the end of that period, and outperformed the index, divided by the total number of funds that began the calendar year. The study includes funds that were merged or liquidated away (we consider funds that die in a calendar year to be failures). We used one representative share class per fund, the oldest share class.”

In the end, 2019 was a year marked by improvement especially given the previous year’s performance.

“Around 40% of active funds generated higher net returns than their benchmark indexes in 2019, 53% before fees,” Ptak wrote. “This does represent an improvement from a dismal 2018 campaign when fewer than one third of active funds beat their bogies net of fees.”