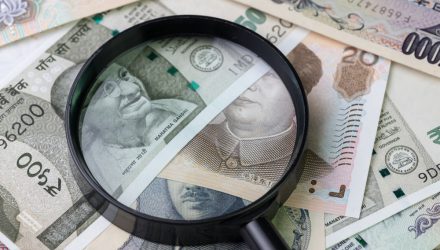 Make Sure You Hedge Those Emerging Markets Currencies Bets

Gold’s serendipitous rise amid an investors mindset dominated by uncertainty is doing no favors for the U.S dollar. The greenback has been getting pummeled as of late, but not as bad as certain emerging market currencies, which reminds traders to make sure they’re hedging their currency bets.

“The dollar is having a bad year, but some emerging markets’ currencies have it worse, with no reprieve in sight,” a Wall Street Journal report noted. “The Brazilian real, the South African rand and the Turkish lira have lost about 20% of their value against the dollar this year, putting the former two on course for their biggest annual declines since 2015. The Russian ruble and the Mexican peso have dropped roughly 15%.”

“The rout has occurred despite the dollar’s slide against major world currencies to its weakest level in over two years,” the WSJ article added. “Investors remain wary of stuttering economic growth and high levels of coronavirus infections in poorer countries, where the pandemic has exacerbated existing problems such as underfunded health systems and strained government finances. Fund managers pulled billions of dollars from their stock and bond markets in March and April, sending currencies plummeting, and are yet to return most of that money.”

Exchange-traded fund (ETF) investors who want to keep tabs on the dollar can look at the Invesco DB US Dollar Bullish (NYSEArca: UUP) and the WisdomTree Bloomberg U.S. Dollar Bullish Fund (NYSEArca: USDU). Despite the effects of the pandemic, UUP is still up 0.69% and USDU is higher by 2.28% year-to-date, according to Yahoo! Finance performance numbers.

While investors can utilize a plethora of currency hedging techniques, one way to do so without overcomplicating the process is via currency-hedged ETFs. One fund that hedges against EM countries is the Xtrackers MSCI Emerging Markets Hedged Equity ETF (DBEM).