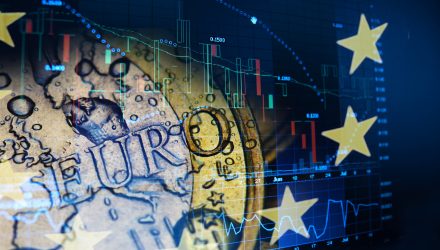 DBEZ “seeks investment results that correspond generally to the performance, before fees and expenses, of the MSCI EMU IMI U.S. Dollar Hedged Index. DBEZ offers investors purer access to Eurozone equities while seeking to mitigate exposure to currency fluctuations between the U.S. dollar and the euro,” according to DWS.

Reasons To Focus On The Eurozone

Data indicate European stocks, particularly those in the Eurozone, are attractively valued compared to other developed markets. That includes Germany, the largest Eurozone economy.

“We moved to an overweight position on Germany given the record levels of exports that the German economy is currently producing, coupled with a still relatively attractive valuation to the U.S.,” according to recent DWS research.