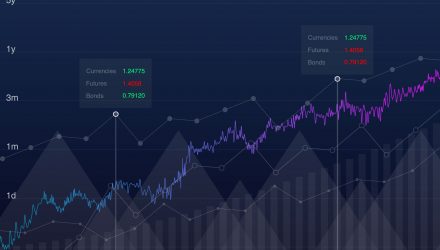 Five Questions: An Academic Look at Factors with Lu Zhang

One of the major challenges that the finance community has faced over the years is how to explain what drives stock returns over time. If the market is efficient, then the only way to generate excess returns is to take more risk. But risk only makes sense to take if you get compensated for it. Determining which risks receive that compensation has been the subject of significant research in the academic community for many years.

When I was in college, the primary model that was taught was the Capital Asset Pricing model. CAPM is a very simple model that does a good job of getting across the point that there is a relationship between return and risk. It measures the risk of any stock using beta as its only risk factor. Beta is a function of both a stock’s volatility and its covariance with the market (how much they move in unison). According to this model, stocks with high betas would have an excess return over the market over time since they are riskier. As much as this model makes sense in theory, there is one major problem with it: it doesn’t work. In practice, stocks with high betas do not outperform the market.

In the early 90s, Eugene Fama and Ken French published their famous 3 factor model which added both value and size as risk factors. They found that small stocks and inexpensive stocks both generate excess return over time, but they do so because they are riskier. Their 3-factor model addressed many of the issues of CAPM and did a much better job of explaining long-term stock returns. Since then, they have improved their model further by adding investment and profitability as two additional factors.

Subsequent to the publication of the Fama and French papers, researchers have continued the search for the factors that best explain long-term stock returns to see if they could improve upon the Fama and French work. We are fortunate today to be joined by someone who has been a leader in that effort.

Dr. Lu Zhang is a professor of Finance and The John W. Galbreath Chair at Ohio State University. His research papers have challenged the status quo of traditional finance and have led to a better understanding of how assets are priced. He has also shown that many of the factors that investors rely on may not hold up as well as we think in the real world. In this interview, we find out why that is and discuss his research into what drives stock returns.

Jack: Thank you for taking the time to talk to us.

There has been significant debate about the risk factors that best explain long-term stock returns. It all started with CAPM and beta, but then Fama and French’s 3 factor model improved on that research by adding size and value as risk factors, and their 5-factor model further built upon that by adding profitability and investment. In your work, you eliminated the value and momentum factors and found that a model that just uses investment and profitability best explained returns. Can you talk about your Q factor model and the factors that it uses?

I am gratified to see that the myriad of new factor models subsequently proposed after our q-factor model:

have all converged to the strong explanatory power of the investment and return on equity (Roe) factors. In particular, the Stambaugh-Yuan “mispricing” factors, once replicated via the traditional factor construction, have high correlations of 0.8 and 0.84 with our investment and Roe factors. And the Daniel-Hirshleifer-Sun factors, once replicated via the traditional approach, have also high correlations of 0.69 with our two q-factors. Stambaugh and Yuan as well as Daniel, Hirshleifer, and Sun have had to tap deep into the extreme distribution of stocks (with 20-60-20, instead of the common 30-40-30, breakpoints), by assigning more weights to microcaps, to show their “new” factors have “stronger” explanatory power than the q-factors. However, both conceptually and empirically, these factors are all very similar to our q-factors, as explained in our 2019 paper published at Review of Finance (Hou et al. 2019).

Conceptually, most factor models are largely the results of pure data fitting, including the Fama-French 3-, 5-, and 6-factor models. In particular, the Fama-French (1993) 3-factor model is a largely empirical model aimed to fix the CAPM’s problems at the time. In an ultimate act of “Measurement without theory” (Koopmans 1947), the 6-factor model adds UMD into its lineup. Fama and French (2018) write: “We include momentum factors (somewhat reluctantly) now to satisfy insistent popular demand. We worry, however, that opening the game to factors that seem empirically robust but lack theoretical motivation has a destructive downside: the end of discipline that produces parsimonious models and the beginning of a dark age of data dredging that produces a long list of factors with little hope of sifting through them in a statistically reliable way (p. 237).” On the contrary, to me, the 6-factor paper is more like the end of the dark age that Fama and French started in 1993.

The q-factor model not only sets the new standard of empirical performance for factor models, more important, it silently questions the pure empiricism underlying the entire Fama-French research philosophy. In contrast to the 3-factor model, which started from the data, the q-factor model started from economic theory. I first realized back in 2005 that investment and profitability are fundamental driving forces in the cross section in the theoretical paper titled “Anomalies” (which I have never managed to publish). The investment and Roe factors just drop out of the math equations, naturally. I then set out the long journey of implementing this insight via the Fama-French factor approach, culminating in the q-factor paper published in 2015. The mighty struggle that I have gone through with the q-factor paper (described in my 2016 article) is a testimony of how hard it is to climb the steep learning curve of conducting high quality empirical work for someone like me who started out as a theorist. Along the other direction, Fama and French have never crossed the bridge to theory. Their theoretical effort of motivating the 5-factor model from the residual income valuation model is logically flawed, as explained in our 2019 paper.

In summary, economically motivated, objectively validated, and parsimoniously designed, the q-factor model is an artful blend of theoretical clarity and empirical execution, well on the way to establishing itself as the next generation workhorse model. Our model forebodes the future of the best of asset pricing.

Jack: There continues to be significant debate in both the academic and practitioner community about whether the excess return of factors is purely risk-based or if part of the explanation is behavioral. I think most people would agree that the market is very efficient, which would mean that factors mostly outperform because they take more risk. But some also think there is an element of mispricing going on here. For example, some argue that part of the outperformance of value can be explained by the fact that investors tend to overreact to bad news, thus temporarily driving the prices of value stocks down below their intrinsic value. What are your thoughts on these behavioral arguments? Do you think a portion of the excess returns of factors can be explained by them?

Lu: I am open to the idea that a portion of anomaly returns can be due to mispricing. My team and I are about 3 months away from circulating a new working paper titled “The economics of security analysis.” We show in this paper that Warren Buffett’s Berkshire Hathaway earns 1.44% per month (t = 4.96) from February 1968 to December 2018. The q-factor model explains a big trunk of the average return, but still leaves an alpha of 0.64% (t = 2.45), and the q^5 alpha is even larger at 0.77% (t = 2.69). We interpret the evidence as a testimony of Buffett’s superior investing skills. As powerful as our factors are, our q-factor and q^5 models, which are based on simple, publicly available accounting information, cannot fully replicate Buffett’s astronomical success. More broadly, we interpret the evidence as consistent with the Grossman-Stiglitz (1980) theorem that a certain amount of arbitrage profits must exist in competitive equilibrium to compensate for arbitrageurs’ costly activities.

The heart of the EMH vs. behavioral finance debate is really quantitative. How much of the anomaly profits are due to rational forces, how much due to mispricing, and how much due to mismeasurement? When I was in graduate school (1998-2002), anomalies were typically interpreted as just mispricing. The most prominent examples are De Bondt and Thaler (1985), Ritter (1991), Jegadeesh and Titman (1993), Lakonishok, Shleifer, and Vishny (1994), and Sloan (1996). Fama and French (1993, 1996) argue that anomalies are compensation for risks in the context of the Intertemporal CAPM or the APT. However, since the sources of the risks have never been clearly specified, in theory or in practice, their argument has not been persuasive, not even for a die-hard EMH believer like myself.

I am by no means an impartial observer, but my sense is that the pendulum has swung back to the EMH side during the past 15 years. And my work might have played a role in this transformation.

The EMH vs. behavioral finance debate has traditionally been framed in the consumption CAPM framework, which is basically a more general formulation of the Sharpe-Lintner CAPM in the language of modern economic theory (Cochrane 2005). In this framework, the key determinant of expected returns is risks, defined in various ways. Since the consumption CAPM is typically rejected with the anomaly portfolios, empirical work has turned to the Fama-French 3-factor model as the workhorse model. But the interpretation of the common factors as risk- or mispricing-based is controversial, as seen in the covariances vs. characteristics debate between Daniel and Titman (1997) and Davis, Fama, and French (2000). The basic premise of this debate is that only risks matter in efficient markets. And to the extent that characteristics explain returns after controlling for risks, markets must be pricing risky assets wrong.

I defend EMH from a different perspective. In particular, I have ditched the concept of risks altogether, while retaining EMH. This is a bold step, as I am in effect saying that asset pricing theory in the past 50 years is incomplete. However, when you really think a bit, this step is quite natural. I am saying that the CAPM and the consumption CAPM approach the asset pricing problem only from the demand side, i.e., from the perspective of the buyers of risky securities. However, there is also the supply side, from the perspective of the suppliers of risky securities, without any information about the buyers. Asset pricing without the pricing kernel is the essence of the investment CAPM.

The investment CAPM is a mathematical restatement of Net Present Value (NPV) rule in corporate finance. The NPV rule is not controversial at all. The next logical step is to apply the NPV rule as an asset pricing theory. The economic reasoning for doing asset pricing from the supply-side NPV rule is exactly analogous to the reasoning for doing asset pricing as in the consumption CAPM from the demand-side permanent income theory of consumption. The big news is that in the investment CAPM from the supply side, it is firm characteristics that drive the expected returns. Risks are not unimportant, but their role is only in the background subsumed by characteristics.