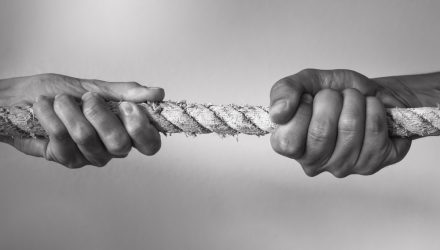 Fears of a disputed election may turn out to be overblown

“Governing a nation so evenly divided in its partisan preferences will be an enormous challenge,” the dean of the Washington press corps noted.[1] He was not commenting on the disputes of the Trump era, but instead reacting to the apparent divide into “red states” and “blue states” in 2000. Ever since, the prospect of another disputed election being decided by the U.S. Supreme Court has haunted observers. Such a Florida-style recount would require the race being tight in the Electoral College, with a small number of votes in one or only a few swing states making all the difference. This seems unlikely.

As we previously argued, the looming spike in voter turn-out boosts uncertainty.[2] It is a fairly safe bet that the demographic composition of the 2020 electorate will catch some partisan strategists by surprise, just as it did in 2016. Ever since the 1990s, both major parties have gotten increasingly sophisticated in targeting, registering and mobilizing voters in exactly those states likely to make a difference.[3] That has been facilitated by the rise of partisan media outlets, as well as multi-year efforts to gather material seeking to discredit the other side’s likely front-runner.[4] In other words, the reasons why presidential elections have gotten so tight may have less to do with the electorate itself than with how both parties have run their campaigns in recent decades. There is certainly plenty of evidence of growing polarization in Congress.[5] As for the broader electorate, though, the share of voters identifying with either major party has actually been declining since the 1980s, with over 40% describing themselves as “Independent” for much of the Trump years.[6]

Moreover, both Democrats and Republicans are not all that cohesive as political tribes. In his 2004 book, “What’s the matter with Kansas,” Thomas Frank describes how the politics of his home state was shaped by “a civil war pitting moderates against conservatives for over a decade now” (p. 89). Frank also offers a prescient preview of many of the patterns we saw during the Trump years, including the realignment of some wealthier, fiscally conservative but socially moderate voters with Democrats during the 2018 midterms.[7] You could go back to 1980 and the independent candidacy of former Republican Congressman John Anderson for early signs of this split. It is precisely because of such points that mobilizing and targeting each side’s partisans has gotten harder.

All of which would be consistent with a Biden landslide. But if a combination of late deciders or polling errors were to swing things for Trump in the Electoral College again, such patterns seem unlikely to be limited to just a small number of votes in one or two swing states. Instead, it would probably indicate that the previously disengaged part of the electorate proved more receptive to Trump’s message in 2020 than the pollsters thought. We believe that would probably cause a string of upsets, rather than just a narrow Electoral College win.

DWS does not promote any particular outcome in the upcoming elections. This information is subject to change at any time, based upon economic, market and other considerations and should not be construed as a recommendation. Past performance is not indicative of future returns. Forecasts are not a reliable indicator of future performance. Forecasts are based on assumptions, estimates, opinions and hypothetical models that may prove to be incorrect.