You are at:Home»Smart Beta Channel»Expanding the Opportunity Set with Shareholder Yield 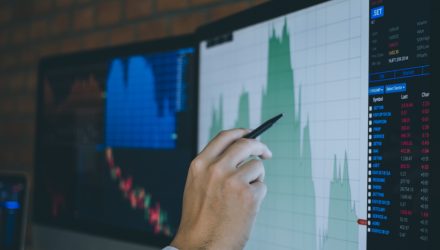 Share buybacks have increased significantly in the U.S. equity market over the past three decades. In 2009, three researchers published the paper, “Share Repurchases and Stock Valuation Models“, in which they showed a significant increase in share buybacks from 1987-2006. This makes sense since in the early 1980s, the SEC removed restrictions on companies buying back their own stock. This regulatory change set off a long term trend of companies returning capital to shareholders via buybacks. Buybacks also have the advantage of being more tax efficient than dividends since they are not taxable to the end investor when the shares are purchased.

The importance of buybacks is not just something we see at the individual stock level. In a recent article in The Wall Street Journal, “A Surprising Connection Between the Bull Market and Stock Buybacks“, author Mark Hulbert highlights research that shows how buybacks influence overall stock market returns. “The result is that, over the long term, net buybacks dominate all other factors. For example, the researchers found that net buybacks explain 80% of the difference in countries’ returns between 1997 and 2017.”

As you can see from the chart below, buybacks in the S&P 500 have been on the rise and are significant.

The final way companies can return capital to shareholders is through debt reduction. This is calculated by looking at debt today and comparing it to the level of debt in a past period (again, typically the past year). The number is then divided by market cap to get the debt paydown yield. If debt is falling over time, this is a positive for shareholders.

As Priest wrote in his paper, “To understand why paying down debt results in shareholder yield, it is helpful to consider the famous finance paper by Franco Modigliani and Merton Miller. These two Nobel laureates proved that a firm’s value is independent of how it is financed, provided that one ignores the tax effect of debt interest. If Modigliani and Miller are correct, then using free cash flow to repay debt results in a wealth transfer from the debtor to the shareholder. Since the value of the firm remains the same, shareholder wealth is increased as debt is reduced.”

Expanded Opportunity Set and Use in Models

Patrick O’Shaughnessy, CEO of O’Shaughnessy Asset Management, published a research piece a few years ago that showed the effectiveness of selecting stocks based on shareholder yield. The chart below shows the long term performance of high shareholder yield vs. dividend yield vs. the overall market. From 1927-2011, the top decile of shareholder yield ranked stocks produced an annualized return of 13.1%, which was 1.4% more than the top dividend paying stocks and 2.8% better than the overall market over the 84 year period.

As O’Shaughnessy pointed out in his paper, looking at shareholder expands the opportunity set because we are not just limiting ourselves to companies that pay dividends. Approximately 40% of stocks globally don’t pay a dividend, but many of those companies are engaged in buybacks or debt reduction, so shareholder yield gives us a method to assess a wider array companies.

On Validea, we run four quantitative models that incorporate all or part of the shareholder yield formula. With all of these, they are using shareholder yield as one criteria within a larger variable set. For example, our James O’Shaughnessy based Value Composite model looks at five distinct value criteria (Price/Book, Price/Sales, Price/Earnings, Price/Cash Flow, EV/EBITDA and shareholder yield) to rank stocks.

As Priest theorized, and as we can see based on the underlying concept behind shareholder yield and the long term performance in O’Shaughnessy’s research, returning cash to shareholders via dividends, buybacks and debt paydown are all ways to increase shareholder value over time. Having a systematic way to identify high shareholder yield stocks can help investors take advantage of this factor.