You are at:Home»Smart Beta Channel»ETF Strategies to Help Position for the Rest of the Year 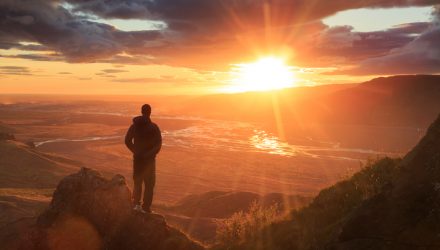 ETF Strategies to Help Position for the Rest of the Year

As investors position their portfolios for the rest of the year, Deutsche Asset Management suggests looking to international and factor-based or smart beta exchange traded funds to potentially enhance returns ahead.

Looking ahead, Deutsche Asset Management believes the Federal Reserve will undertake gradual rate hikes and maintain a shallow interest rate profile. The central bank could hike rates late in the year and another once or twice in the first half of 2018, along with scaling back reinvestment of the its maturing securities by year end.

“We expect the Fed will remain in tightening mode,” Poole said. “However, there is still little sign of overheating and inflation also remains below target, so the Fed is unlikely to move aggressively. A gradual pace of reducing policy accommodation remains the most likely course.”

Across the pond, the European Central Bank could move toward tapering or at least begin plans sometime over the summer due to the scarcity of bonds. The ECB will also likely assuage market fears by stating that the tapering can be stopped any time to avoid market shocks.

“We expect a tapering announcement in September/October with further cuts in purchases from January 2018 onward and the purchase program is likely to end during H2 2018,” Poole said.

In Japan, the Bank of Japan continues to combat a low inflation environment, along with structural deflation. Consequently, the BOJ could maintain its dovish stance to support growth.

“EPS upgrades in Eurozone along with positive earnings growth in most sectors. Investors have to worry less about poltiical threats. We retain our overweight on the region,” Bush said.