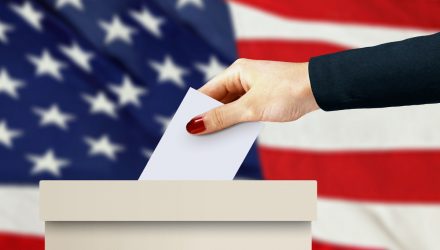 The 2018 mid-term elections will be held on Nov. 6 and many market observers are bracing for a power divide between the executive and legislative branches.

Polls indicate it is likely Democrats will gain control of the House of Representatives for the first time since 2010, which could affect various sectors and investment themes.

“Any change in congressional power could impact tax reform and spending as well as sectors of our economy from health care and defense to infrastructure and energy,” said State Street Global Advisors (SSgA) in a recent note. “And while having one party control both houses of Congress would make distinct policy actions more probable, a split Congress, with the House of Representatives going blue with Democrats and the Senate remaining red with Republicans would likely mean greater gridlock. In that case, in addition to fewer laws being passed, key issues would become bargaining chips to make deals at the 11th hour, all the while fraying investors’ nerves.”