You are at:Home»Smart Beta Channel»The CN ETF Plays a Better-than-expected Recovery in China 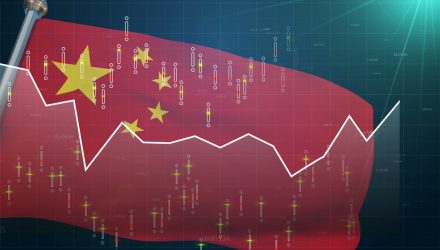 The CN ETF Plays a Better-than-expected Recovery in China

China was already well on its way to a rebound, but some credit ratings agencies are taking a closer look at its economy and re-upping their forecasts. For example, credit ratings company Fitch Ratings is forecasting more growth in China’s gross domestic product (GDP) than initially expected, all good news for funds like the Xtrackers MSCI All China Equity ETF (CN).

Fitch Ratings recently raised its forecast for China’s economic growth in 2021, boosted by an expected increase in demand as well as deployment of a global vaccine. According to Fitch Ratings, China’s GDP will rise to 8%, which is 30 basis points higher than the September forecast.

CN seeks investment results that correspond to the performance, before fees and expenses, of the MSCI China All Shares Index. The fund will normally invest at least 80% of its total assets in securities of issuers that comprise either directly or indirectly the underlying index or securities with economic characteristics similar to those included in the underlying index.

The underlying index is designed to capture large- and mid-capitalization representation across all China securities listed in Hong Kong, Shanghai, and Shenzhen. CN’s net expense ratio comes in at at 0.50% while the fund is up 26% on the year.

With its economy initially front and center with the COVID-19 pandemic, China’s recovery was well underway as the rest of the world tackled the virus. It stands to get better.

“This would be well above our estimate of China’s long-term growth potential of around 5.5%, but is quite achievable from such a low base in 2020,” said Fitch analysts Brian Coulton and Pawel Borowski, according to a CNBC report.

In addition to China, the rest of the world should benefit from a globally deployed vaccine. The analysts were quick to note “that in the last few months, data indicate a significant recovery in Chinese consumption, particularly in the catering industry and other activities that involve social gatherings. The global economic environment will likely also improve in the second half of next year as more people are vaccinated.”